What is the conservative Christian view of DACA? 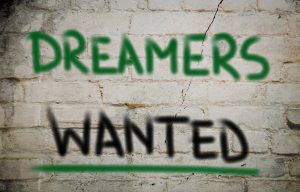 Here’s why I ask.  I just read a Washington Post article titled, Supreme Court blocks Trump’s bid to end DACA, a win for undocumented ‘dreamers’.  President Trump, self-proclaimed leader of conservatives and Christians  has appointed enough Supreme Court justices that he feels this decision should not have happened.  If that’s true, and it’s a big if, then something’s wrong.  So it makes me wonder.  Do Christians, especially conservative Christians, agree?  Do you think Trump was right and this is the wrong decision?  Or do you think the Supreme Court was right to block Trump’s effort to end DACA?

Here’s part of what the article said.

The Supreme Court on Thursday rejected the Trump administration’s attempt to dismantle the program protecting undocumented immigrants brought to the country as children, a reprieve for nearly 650,000 recipients known as “dreamers.”

The 5 to 4 decision was written by Chief Justice John G. Roberts Jr. and joined by the court’s four liberals. It was the second, stunning defeat this week for the Trump administration, as the Supreme Court begins to unveil its decisions in marquee cases.

The administration has tried for more than two years to “wind down” the Deferred Action for Childhood Arrivals (DACA) program, announced by President Barack Obama in 2012 to protect from deportation qualified young immigrants. Former Attorney General Jeff Sessions advised the new Trump administration to end it, saying it was illegal.

But, as lower courts had found, Roberts said the administration did not follow procedures required by law, and did not properly weigh how ending the program would affect those who had come to rely on its protections against deportation, and the ability to work legally.

So there’s a bit of background if you need it.

A Christian view of DACA – how does it fit with the Greatest Commandment?

No, I’m asking a question of Christians.  It’s about how you feel this fits in with what you believe as a Christian.

You know, things like Jesus’ answer to what is the greatest commandment.

Is DACA loving?  Is it loving to put an end to DACA?  As I said, forget the legal point of view.  This is a question I hope Christians pray to God about.  After all, our highest authority ism and should be, to God.  Not to Trump or any politician when it comes to the question I’m asking.

Maybe before you come up with an answer, I should add one more passage.  It’s something Peter wrote to the believers in the early church.  While it all fits in with the topic, pay special attention to what Peter ways about us, Christians, being strangers.  We should do that, since the DACA children are also strangers in our land.  It only seems fair.

1Pe 1:13 Therefore, prepare your minds for action; be self-controlled; set your hope fully on the grace to be given you when Jesus Christ is revealed. 14 As obedient children, do not conform to the evil desires you had when you lived in ignorance. 15 But just as he who called you is holy, so be holy in all you do; 16 for it is written: “Be holy, because I am holy.”

1Pe 1:17 Since you call on a Father who judges each man’s work impartially, live your lives as strangers here in reverent fear. 18 For you know that it was not with perishable things such as silver or gold that you were redeemed from the empty way of life handed down to you from your forefathers, 19 but with the precious blood of Christ, a lamb without blemish or defect. 20 He was chosen before the creation of the world, but was revealed in these last times for your sake. 21 Through him you believe in God, who raised him from the dead and glorified him, and so your faith and hope are in God.

1Pe 1:22 Now that you have purified yourselves by obeying the truth so that you have sincere love for your brothers, love one another deeply, from the heart. 23 For you have been born again, not of perishable seed, but of imperishable, through the living and enduring word of God. 24 For,
“All men are like grass,
and all their glory is like the flowers of the field;
the grass withers and the flowers fall,

And this is the word that was preached to you.

1Pe 2:1 Therefore, rid yourselves of all malice and all deceit, hypocrisy, envy, and slander of every kind. 2 Like newborn babies, crave pure spiritual milk, so that by it you may grow up in your salvation, 3 now that you have tasted that the Lord is good.

OK – do you have a feel for where we are in this life?  We’re strangers.  Our home is in Heaven, with God.  But we’re here on earth.  And we’re supposed to love everyone.  No exceptions.  Everyone.

A Christian view of DACA – some Jewish considerations

I like to look at Christianity, as best I can, with an eye towards what Jesus’ Jewish listeners might have heard.  They were, after all, Jesus’ main audience while He walked this earth.

So, here’s something from a Jewish web site run for conservative Jewish congregations across North America.  Rabbi David Russo from Chicago Illinois writes:

Our tradition is quite clear: We are called upon to protect the stranger, the refugee, the immigrant. There are specific instructions about citizenship rights and land ownership and guidelines for the treatment of widows and orphans.

We are consistently reminded of our obligation to take care of those around us, to raise our voices in the face of oppression and to treat everyone as we would want to be treated ourselves. Far from exempting us from this special responsibility, the Jewish people’s history of hardship is exactly the reason why we are called upon to show chesed, lovingkindness, to immigrants in our midst. As the Torah says, we know the heart of the stranger, because we were once strangers in the land of Egypt.

While Christians are not under The Law of the Old Covenant, there are many things from it that still apply to us today.  Like the concept of Love I brought up in the Greatest Commandment passage.  When Rabbi Russo talks about our obligation to take care of those around us, to raise our voices in the face of oppression and to treat everyone as we would want to be treated ourselves, that’s about love.  Even to the point if when Jesus said, Love your neighbor as yourself.

Now, maybe some Christians feel they can exempt themselves from this next part of what the Rabbi said.

Far from exempting us from this special responsibility, the Jewish people’s history of hardship is exactly the reason why we are called upon to show chesed, lovingkindness, to immigrants in our midst. As the Torah says, we know the heart of the stranger, because we were once strangers in the land of Egypt.

The thing is, as Peter pointed out, Christians are also strangers in a strange land.  We are strangers whose home is Heaven, and we’re here on earth.  Why?  To bring others with us on that path to Heaven.  Remember the Great Commission?

Mt 28:16 Then the eleven disciples went to Galilee, to the mountain where Jesus had told them to go. 17 When they saw him, they worshiped him; but some doubted. 18 Then Jesus came to them and said, “All authority in heaven and on earth has been given to me. 19 Therefore go and make disciples of all nations, baptizing them in the name of the Father and of the Son and of the Holy Spirit, 20 and teaching them to obey everything I have commanded you. And surely I am with you always, to the very end of the age.”

So putting this all together, how about two final passages, both referenced by Rabbi Russo in his article.  Remember as you read them, this isn’t a legal or constitutional question.  It’s a question that should be between each of us and God.

Laws of Justice and Mercy

Ex 23:1 “Do not spread false reports. Do not help a wicked man by being a malicious witness.
Ex 23:2 “Do not follow the crowd in doing wrong. When you give testimony in a lawsuit, do not pervert justice by siding with the crowd, 3 and do not show favoritism to a poor man in his lawsuit.
Ex 23:4 “If you come across your enemy’s ox or donkey wandering off, be sure to take it back to him. 5 If you see the donkey of someone who hates you fallen down under its load, do not leave it there; be sure you help him with it.
Ex 23:6 “Do not deny justice to your poor people in their lawsuits. 7 Have nothing to do with a false charge and do not put an innocent or honest person to death, for I will not acquit the guilty.
Ex 23:8 “Do not accept a bribe, for a bribe blinds those who see and twists the words of the righteous.
Ex 23:9 “Do not oppress an alien; you yourselves know how it feels to be aliens, because you were aliens in Egypt.

There’s the reference to us as aliens.  And how we’re to treat aliens.  The question might come up – who is an alien.  Well, it’s our neighbor.  As Christians, we should all remember that everyone is our neighbor.

And the second passage Rabbu Russo mentions, Various Laws.  As the title says, it contains many laws on various topics, so I’ll just include the one that he wrote about.

Again – love the alien as you love yourself.

Conclusion – What is the conservative Christian view of DACA?

Just in case, after everything we looked at, you still feel like this is Old Testament stuff and no longer applies, I just want to point out part of the passage from Jesus above.

Mt 22:40 All the Law and the Prophets hang on these two commandments.

Yes – all of the Old Testament Law – the stuff Rabbi Russo wrote about – and the Prophets – they all hang on the two commandments Jesus gave in His answer to the expert in the law.

Enough said?  I pray that it is.  And that your heart is in the right place.

previousWhere are the peacemakers?
nextIs the Hong Kong Security Law the end of Christianity in Hong Kong?