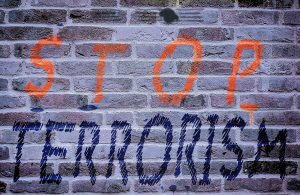 It starts right out with:

The legislation grants Beijing broad powers to crack down on a variety of political crimes, including meting out life imprisonment for “grave” offenses. But the law is rife with ambiguities.

Actually, the ambiguities are a normal part of the process in China. The details are spelled out to greater degrees in other laws. So to the extent that we aren’t familiar with the other laws, ambiguities may appear to exist. But in reality, the government knows exactly what it wants to do. There’s another thing about the details being housed within other laws. The details, clarifications and modifications can be made in those other documents without ever having to change one word in the overarching law. It’s ingenious. And quite normal.

Is the Hong Kong Security Law the end of Christianity in Hong Kong?

Here are some of the ambiguous portions of the law that concern people in Hong Kong.

The security law, which includes 66 articles and more than 7,000 words, takes direct aim at the spirited antigovernment protests that have convulsed Hong Kong over the past year, prescribing harsh penalties for the tactics commonly used by demonstrators.

Sixty-six articles! Sounds like a lot. But not really. It’s amazing what can be hidden in there. And by the way, it’s about more than just the demonstrators. We’ll see that in a moment.

Under the new law, damaging government buildings would be considered an act of subversion punishable by life imprisonment in “grave” cases. Sabotaging transport would be deemed a terrorist activity punishable by life in prison if it harms other people or causes significant damage to public or private property.

OK – that seems like something to go after the protestors.  But look what comes next.

The four major offenses in the law — separatism, subversion, terrorism and collusion with foreign countries — are ambiguously worded and give the authorities extensive power to target activists who criticize the party, activists say.

Yes – they also target the folks who’ve been protesting for the past year.  However, there’s more to it.  Much more.

What is the Hong Kong Security Law really about?

And yet, that reality isn’t reflected in the statement below.

“This law is to punish a tiny number of criminals who seriously endanger national security — a sharp sword hanging high over their heads that will serve as a deterrent against external forces meddling in Hong Kong,” Zhang Xiaoming, a deputy director of the central Chinese government office for Hong Kong, said at a news conference in Beijing on Wednesday.

The law isn’t out to punish a tiny number of “criminals”.  It’s out to control everyone in Hong Kong.  Everyone.

The article continues with:

“As a national security suspect, you can be locked up for as long as six months incommunicado, subject to torture, coerced confession, no access to counsel or family or friends, before the police decide whether to process you for a crime,” said Mr. Cohen, the law professor, speaking about practices common in mainland China.

National Security.  Truth is, this doesn’t sound all that different from what the U.S. and any number of other countries already do.  All sorts of “rights” went out the window here after 9/11.  In other parts of the world, they’ve been gone for a very, very long time.

The new rules apply even to those who are not residents of Hong Kong, with Article 38 suggesting that foreigners who support independence for Hong Kong or call for imposing sanctions on the Chinese government could be prosecuted upon entering Hong Kong or mainland China.

Article 38 gets singled out.  It’s about foreigners who support independence for Hong Kong.  Or is it more than that?  Truth is, it’s about way more than that.  And we get another clue in the next paragraph.

Some detail on the Hong Kong Security Law

The law also states that national security officials in Hong Kong will “take necessary measures to strengthen the management” of foreign nongovernmental organizations and news outlets in the territory. And, the legislation does not offer specifics.

That means missionaries, acting for their home churches are now subject to this law in Hong Kong.

Think that’s a stretch?  It’s not.  Not al all.  They already are treated this way in Mainland China.  This law brings that same treatment into Hong Kong.

An example from the mainland religious regulations

Here’s is just one article from the mainland China religious regulations currently in effect.

4b. Religious groups, religious schools, religious activity sites, and religious citizens shall abide by the Constitution, laws, regulations and rules; practice the core socialist values; and preserve the unification of the country, ethnic unity, religious harmony and social stability

4c. Religion must not be used by any individual or organization to engage in activities that endanger national security, disrupt public order, impair the health of citizens or obstruct the State educational system, as well as other activities that harm State or societal public interests, or citizens’ lawful rights and interests, and other such illegal activities

4d. Individuals and organizations must not create contradictions and conflicts between different religions, within a single religion, or between religious and non-religious citizens; must not advocate, support, or fund, religious extremism; and must not use religion to undermine ethnic unity, divide the nation or carry out terrorist activities.

Conclusion: Is the Hong Kong Security Law the end of Christianity in Hong Kong?

Those were the questions that originally got me to start writing about the religious regulations in China.  As I said – it kind of got displaced by so many other things going on in the world.  In my country.  And in my life.  But this just wakes up those feelings, even stronger than before.

The thing is, if – and it’s a big if – if we really are approaching the End Times foretold in the Bible, to a great extent, China will be successful.  Of course, Christianity cannot and will not be wiped off the face of the earth.  Except for the moments right after the Rapture.  But I believe even then, when some begin to realize what happened, it will come back to life.  Except that it’ll be ever harder to be a Christian.  But ultimately, the God of The Bible will defeat the “god” of Communism.

The things people are worried about – legal freedoms, the right to protest, free elections, I get it that they’re important.  But in the long run, the eternal run, what happens to our eternal soul is infinitely more important.  So if we ignore or minimize what’s happening on that front – we’re headed down a dangerous road for our very souls.

That’s why I believe this story needs to be told.  Something like this will happen at some point to usher in the conditions for the Armageddon foretold in the Bible.  Maybe this is it.  And maybe it isn’t.  But honestly, for the good of those who could lose their souls over what’s happening in China and in Hong Kong, can Christians really stay silent?  Shouldn’t we speak up?

People in China and Hong Kong are our neighbors.  If we truly love all our neighbors, shouldn’t we be concerned about what’s really happening over there?  I think so.  How about you?

Image by kalhh from Pixabay