Why are you not burying him?  Sounds like something that might be asked about someone who died of Covid-19, doesn’t it?  And maybe the answer is because the funeral homes are too busy.  Or the body is being held at the hospital, pending results of the autopsy to see if Covid-19 was the cause of death.  But maybe it’s something else entirely? 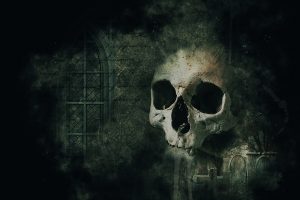 For instance, maybe it’s because of something Jesus said.  Something that might make a very religious, but misguided person think they aren’t supposed to take time to bury the dead.  Remember this passage?

The Cost of Following Jesus – Luke

Lk 9:57 As they were walking along the road, a man said to him, “I will follow you wherever you go.”
Lk 9:58 Jesus replied, “Foxes have holes and birds of the air have nests, but the Son of Man has no place to lay his head.”
Lk 9:59 He said to another man, “Follow me.”
But the man replied, “Lord, first let me go and bury my father.”
Lk 9:60 Jesus said to him, “Let the dead bury their own dead, but you go and proclaim the kingdom of God.”
Lk 9:61 Still another said, “I will follow you, Lord; but first let me go back and say good-by to my family.”
Lk 9:62 Jesus replied, “No one who puts his hand to the plow and looks back is fit for service in the kingdom of God.”

Notice that part of this passage is also in Matthew’s Gospel.  I chose Luke’s version, because it includes verses 61 and 62, which Matthew didn’t.  More on that in a moment.

Why are you not burying him? – from Luke’s Gospel

Given that Matthew and Luke have the same interaction in verses 59 and 60, the excerpt below uses Matthew.

Suffer me first to go and bury my father.—The father probably was not dead, but aged; and the request was for permission to cease from a constant attendance on Christ, which those were obliged to who were called to the ministry of the word, until his parent should die and be interred. Probably also some worldly feeling, as well as filial affection, might have a share in dictating the request.

While some think the father may have been dead or nearly dead, this seems like a better explanation.  It especially seems better, given what Luke records in the next verses in his Gospel.  It sets a progression in what Jesus said to these three men.  (1) You’ll never be happy because of the tough conditions.  (2)  If you want to wait for years to follow, that’s too long.  If you want to take a few days to travel, say good-bye and travel back – even that is too long.

He was therefore to be put to the test and proved. Follow me, and let the dead bury their dead; let those who are dead to all sense of spiritual things, bury those who are corporally dead: in other words, let worldly men take care of worldly interests; thou art called to follow me, and to be trained up to impart spiritual instruction and life to others, and for this every thing is to be forsaken.

Again, the interpretation of spiritually dead, as opposed to literally and physically dead, makes a lot of sense.  And if that’s the case, then the father may not even have been aged.  This could even be a case where the son wanted to get his inheritance from his earthly father – and in doing so, passed up the inheritance from his Heavenly Father.

This is a saying which ought to sink deep into the ears of ministers, and of those who are called to this office. In the phrase, Let the dead bury their dead, is an instance of the use of the same word in a sentence in two different senses. It is a rhetorical figure called antanaclisis, and occurs often in Scripture, and particularly in the pointed sayings of our Lord, without attending to which they are liable to be misinterpreted. The figurative representation of earthly and wicked men, as in a state of death, was frequent both among Jews and heathens. Thus Philo, “dead to virtue, alive to evil;” and Clemens Alexandrinus remarks that “the philosophers esteem those dead who subject the mind to sense.” The disciple who made this request is by tradition said to be Philip. Whoever it might be, it would seem that he remained with Christ.  [1] Watson, R. (1852). An Exposition of the Gospels of St. Matthew and St. Mark, and of Some Other Detached Parts of Holy Scripture (p. 97). New York: George Lane & Levi Scott.

That also means, of course, that when we’re the person Jesus is speaking to – we run the risk of also not understanding.  And of passing up that Heavenly inheritance.

Why are you not burying him? – from today’s headlines

But that’s not what I’m talking about.  The lesson to be learned is still there.  We do need the Holy Spirit to understand the depth of the question I’m about to ask.  Let’s take a look at what I really mean.

The headline is – ‘Why are you not burying him?’: Trump allies fret over rising Biden threat.  It’s from an article on Politico.

Some of President Donald Trump‘s political allies and donors are starting to get antsy.

A bit later, it says:

Take the gloves off and put him away,” said one Republican close to the White House. “If you have the cash advantage and you have all of June, why are you not burying him?”

My questions are quite simple.  It’s for Christians who are supporters of Trump.  Given that this is his standard method of operations, and there’s no reason to expect that the hoped-for attacks will come and be much stronger – is this Christian behavior?  Is this the kind of person you should be so much in favor of?

Have you not moved past that point?

Paul’s Concern for the Galatians

Gal 4:8 Formerly, when you did not know God, you were slaves to those who by nature are not gods. 9 But now that you know God—or rather are known by God—how is it that you are turning back to those weak and miserable principles? Do you wish to be enslaved by them all over again? 10 You are observing special days and months and seasons and years! 11 I fear for you, that somehow I have wasted my efforts on you.
Gal 4:12 I plead with you, brothers, become like me, for I became like you. You have done me no wrong. 13 As you know, it was because of an illness that I first preached the gospel to you. 14 Even though my illness was a trial to you, you did not treat me with contempt or scorn. Instead, you welcomed me as if I were an angel of God, as if I were Christ Jesus himself. 15 What has happened to all your joy? I can testify that, if you could have done so, you would have torn out your eyes and given them to me. 16 Have I now become your enemy by telling you the truth?
Gal 4:17 Those people are zealous to win you over, but for no good. What they want is to alienate you from us , so that you may be zealous for them. 18 It is fine to be zealous, provided the purpose is good, and to be so always and not just when I am with you. 19 My dear children, for whom I am again in the pains of childbirth until Christ is formed in you, 20 how I wish I could be with you now and change my tone, because I am perplexed about you!

Obviously, Paul is concerned for the people in the Galatian church.  He’s worried that they’re being led astray.

If you’re a Christian supporter of Trump – I have the same concerns for you.  That you’re being led astray.  Notice this verse from the passage above:

Gal 4:17 Those people are zealous to win you over, but for no good. What they want is to alienate you from us , so that you may be zealous for them.

Yes – they want you to be zealous for them.  It’s what every candidate for political office wants.  But let’s face it – this particular candidate has taken politics to a whole new level of low.  The personal insults, the attacks on innocent people, the threats, the withholding of aid for personal reasons, and so much more – tell me – is that Christian?

When you cheer on this man, what is it doing to your spiritual life?  Just how much of the hatred and lies that come from this man’s mouth can you listen to and support – before you begin to become like him?

Conclusion – Why are you not burying him?

9 But now that you know God—or rather are known by God—how is it that you are turning back to those weak and miserable principles? Do you wish to be enslaved by them all over again?

Remember where we all came from.  Maybe not to the extent Trump is, but we all came from a life where anger and hatred were the norm.  Do we really want to go back there, now that we’ve learned about God’s kind of love?  Is it really worth potentially giving up our inheritance from God just to get this kind of person elected?  I don’t have children, but do you really want your children to have to grow up in a world where uncontrolled hatred and anger are the norm?

Granted, the Bible tells us that this is going to happen in the end times.  But honestly, do we want to be responsible for helping to usher in these times?  Or should we be living in love – in an attempt to prolong the time before the world turns into this?  To actually receive our inheritance from our Heavenly Father?  And, for those with children, to have your children be able to do those things as well?

We need to look at Trump.  Then remember what we know about Jesus.  And then decide – who do we want to support?  Are we willing to tell Jesus – wait, I have to support this man of anger and hatred first – then I’ll be back and live in love?  Given that we, as Christians, know about the passage at the top, what do we honestly think His answer will be?  Maybe, something about let the spiritually dead bury the spiritually dead?  Maybe, something about the need to work for others before Him disqualifies us, especially since we already knew that?

Image by Enrique Meseguer from Pixabay