Which god will win the election? 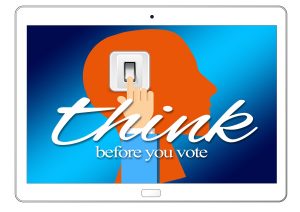 Notice that I didn’t capitalize god either.  Because it’s not directly about God.  Both sides want us to believe they have God on their side.  But then, it’s really more about wanting us to believe that, rather than either party being particularly Godly.  However, one does appear to more god-like, in the same way Roman emperors were gods.

Because of these things, and more, the question of which god will win the election is very real.

I debated a lot over whether or not to keep writing about Christians and this election.  Sometimes I feel like I’ve already focused on it too much.  But then, more and more I feel like I haven’t done enough writing about it.  The need to do more won out.  Here’s why.

I used to be a Republican.  Have been for many, many years.  But with Trump, I can no longer do that.  Even before the last election, I was very concerned.  Now that he’s been President, I’m more concerned than ever.  Not just for the country, but most assuredly that concern is there.  But even more importantly, for the very souls of Christians who continue to support Trump.

Which god will win the election?  How will Christians vote?

The reasons why Christians appear to support Trump are very concerning.  The things he does, I believe, will come back to bite Christians.  In fact, for those who’ve read Revelation and some of the Old Testament prophecies about what the End Times will be like, I feel that many of the things he’s doing can and will be used against Christians in those days.

And then there’s the character of the man.  No matter what he claims about being the greatest president ever, including the best president for Christians, his moral character is so far from being what Christians should be.  It’s scary that Christians even feel like we should support this man.

I wonder, how many Christians think about how God views His people when they support a man how is so much on the side of power, greed, racism, sexism, and so many other things, when Jesus taught His followers to love everyone?  Even our enemies?

God isn’t on the ballot.  Not in name, anyway.  But I think we should consider that, in a very real sense, God cares about how we, as Christians, vote on our individual ballots.  In that sense, the question, which god will win the election is a very real question.  Will we reflect the values of God towards all of His creation?  Will reflect our own values towards bits and pieces of His creation?  Or will we reflect values that have nothing to do with God at all?

And so, I feel the need to do more.  To do more to try to wake up fellow Christians.  After all, we should remember something Paul wrote to Timothy.

Of course, Paul is writing this to Timothy.  But there are things we can learn about people and about ourselves from this passage.

2Ti 3:10 You, however, know all about my teaching, my way of life, my purpose, faith, patience, love, endurance, 11 persecutions, sufferings—what kinds of things happened to me in Antioch, Iconium and Lystra, the persecutions I endured. Yet the Lord rescued me from all of them.

Our goal as Christians should be to become more like Jesus.  To live as He taught.  Paul holds himself out to Timothy as an example of how to do that.  While we aren’t going to be another Paul, as in Paul Version 2, that doesn’t mean we can’t learn from him.  For instance, when he writes about my teaching, my way of life, my purpose, faith, patience, love, endurance, 11 persecutions, sufferings.

Most of us today, especially in places like the U.S., won’t suffer like Paul did.  In other parts of the world, Christians really are put to death for their beliefs.

But even for us in this very comfortable part of the world, we should remember our purpose in God, and have faith, patience, love and endurance.

To the extent we remember or forget those things, the question of which god will win the election is very real.

12 In fact, everyone who wants to live a godly life in Christ Jesus will be persecuted, 13 while evil men and impostors will go from bad to worse, deceiving and being deceived.

As I said, persecution for many of us isn’t what it was for Paul.  However, evil men and imposters are still going from bad to worse.  I dare say, every time we vote, we really should look at the character of the person we’re voting for.  Or supporting in other ways, like giving money.  Take away the words coming from their mouths.  Take away our personal biases.

Look at the actions of the person we vote for. Look at what they do and don’t do.  Compare that to what Jesus taught.  Pray about whether we can really support someone whose life is so far away from what we’re taught.

By the way, when I talk about remove personal bias, it’s things like abortion.  Yes – abortion is wrong.  But so is calling someone a fool!  So is refusing to take care of the poor.  So is refusing to provide support for foreigners.  Take a look at If you stop abortion – so what?, and Some questions for Christians on immigrants.  Get to what the Bible really says, not what we want it to say.  And remember, whatever our favorite sin to hate is – it’s forgivable.  Even our extreme hatred of people who commit that sin is forgivable.

People like those evil men Paul wrote of are on our ballots.  To the extent we vote for them, the question of which god will win the election is very real.

14 But as for you, continue in what you have learned and have become convinced of, because you know those from whom you learned it, 15 and how from infancy you have known the holy Scriptures, which are able to make you wise for salvation through faith in Christ Jesus.

Paul tells Timothy to remember what he knows.  But then, Timothy really did know the Scriptures and teachings of his time, especially with Paul as a teacher.  But do we?  Do we really know our Christian Scriptures?  Or do we only know the sound-bites?  The things we like and the hot button topics we love to hate?

We really should know it.  Even the parts we don’t want to know.

16 All Scripture is God-breathed and is useful for teaching, rebuking, correcting and training in righteousness, 17 so that the man of God may be thoroughly equipped for every good work.

Speaking of “all of it”, All Scripture is God-breathed and is useful for teaching, rebuking, correcting and training in righteousness.  Yes – all of it is from God, all of it is important, and all of it matters.  And if we live by the sound-bites, we aren’t prepared to be Christians.  It’s not like we’ll really know all of it.  But that’s exactly why we should always study and learn.

2Ti 4:1 In the presence of God and of Christ Jesus, who will judge the living and the dead, and in view of his appearing and his kingdom, I give you this charge:

Oh.  How do we feel about knowing God’s going to judge us?  Do you want to be judged by the way you vote?  In other words, when you choose one candidate over another, can you explain to God, in a Biblically sound way, why you made the choice you did?  As just one example, why is your favorite sin to hate worse than oppressing poor people and foreigners?

2 Preach the Word; be prepared in season and out of season; correct, rebuke and encourage—with great patience and careful instruction.

No – you probably don’t literally have a position as teacher.  And yet, people watch all of us.  You know – the light on the hill Jesus spoke of?  Yes, voting for a person like Trump who oppresses so many people – pretty much everyone who isn’t white, male and rich – teaches people a lot about your beliefs.  Including your life as a Christian.

3 For the time will come when men will not put up with sound doctrine. Instead, to suit their own desires, they will gather around them a great number of teachers to say what their itching ears want to hear.

Wow.  Let’s be honest.  Unless you only watch Fox News and One America News, that’s a description of our president.

4 They will turn their ears away from the truth and turn aside to myths.

Just think COVID to see the reality of that verse as far as applying to Trump.

5 But you, keep your head in all situations, endure hardship, do the work of an evangelist, discharge all the duties of your ministry.

I know it can be hard if we have a Pastor or Priest who supports Trump, but these are words we still must live by.  We must remember, our allegiance is to Jesus.  Our allegiance is not to the person preaching in the sanctuary or the political leader masquerading as the greatest thing ever for Christians.

2Ti 4:6 For I am already being poured out like a drink offering, and the time has come for my departure. 7 I have fought the good fight, I have finished the race, I have kept the faith.

Can we honestly say to God that we fought the good fight?  Not for Trump.  Not for ourselves.  But for Jesus?  Are we living out a life that looks like His when it comes to things like who we care about and how we treat people?

8 Now there is in store for me the crown of righteousness, which the Lord, the righteous Judge, will award to me on that day—and not only to me, but also to all who have longed for his appearing.

I pray there will be a crown of righteousness waiting for me.  And I pray there’s one for you as well.  Along the way, here in this life, I also pray that we do the right things, in Jesus’ eyes.

Conclusion – Which god will win the election?

But ultimately, it is our votes that will determine who wins.  Our life choices.  Our priorities.  And what kind of light we have glowing on the top of our little hill.  Interestingly enough, those very same things are part of what determines what we’ll hear from Jesus at the end of this life.  Will it be “Well done good and faithful servant”?  Or will it be “I never knew you.  Away from me, you evildoers!”

Image by Gerd Altmann from Pixabay

previousReligious freedom in China
nextChristians – how do you treat women?

Home » God in U. S. Politics » Which god will win the election?
a