Top 50 Countries With Persecution Of Christians

If this warning is irrelevant, please disable the syntax validation feature in the dashboard under General settings > Footnote start and end short codes > Check for balanced shortcodes. 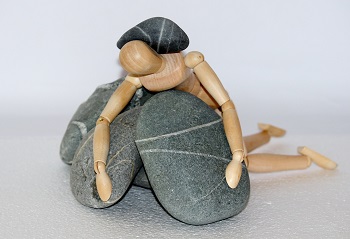 Nineteen times – but persecution isn’t in the title.  Here’s how dictionary.com defines persecution:

Sounds like a typical dictionary definition.  Circular.  So let’s see how persecute is defined.

Let’s switch to a Biblical definition.  This is from the Dictionary of biblical imagery.

Persecution is aggressive and injurious behavior carried out in a hostile, antagonistic spirit, normally by a group. Persecutors are known especially for their fiery zeal (Phil 3:6), a zeal that is described elsewhere as “not based on knowledge” (Rom 10:2 NIV). Persecution itself is a terror, more or less inevitable in the biblical world, especially the NT.

Even this first paragraph paints a different picture that the dictionary.com definition.  Now, we read hostile, antagonistic and terror.  But it gets worse.

Persecution and its attendant spirit of animosity are set against the backdrop of the Bible’s dramatic portrayal of Satan’s great enmity against God and his people. It is concretely expressed in the antagonism of the wicked (described as the children of the devil, Jn 8:44) toward the righteous (the children of God, Rev 12:17). It is thus no surprise that the image of persecution is so pervasive in the Bible, for it falls upon God’s people by virtue of their relationship to him (Jn 15:18–21). This sense of solidarity and union with Christ and his people is movingly described in Acts 9:4, where the risen Jesus asks Saul, persecutor of followers of the Way, “Why do you persecute me?” In fact, persecution serves as a sign of the authenticity of one’s relationship to Jesus (Mt 5:10, 12; Phil 1:29) and one’s response as a veritable litmus test to determine that authenticity (Mt 13:20–21). Disciples can count on persecution. Those who respond in faith will be counted as righteous; however, “many will turn away from the faith” (see Mt 24:9–11 NIV).

Now, we see the reason for the hostile and antagonistic acts.  None other than Satan.

And finally, we see the kinds of things that are done.  Physical beatings, prison, banishment, and even stoning /death.

And so, from a Biblical definition, persecution is a far cry from “being hard” to follow Jesus.

Truth is, it can be really hard to follow Jesus – and I mean really follow Jesus – even in the U.S., Europe and other places where death isn’t usually the means of persecution.  It does happen, to be sure, even here in the U.S – but not like in some places in the world.  But it does happen,  Most of the time here though, it’s about culture, indifference, being too busy, or various other reasons.  Normally, fear isn’t one of them.

That’s why I question the use of the phrase “hard to follow Jesus” – rather than the much stronger word “persecution”.  In countries like the U.S. – it’s not necessarily easy.  But even though persecution does happen, it’s not the norm.

In any case, after reading the article, persecution really should be the operative word.

There were a number of surprises in the list.  At least to me.  Also surprising was that the United States wasn’t on the list.  Even with the Biblical meaning of the word persecution – with the ultimate being death – it seems like we should be there.

Apparently this list of church shootings isn’t enough?  It’s from factsandtrends.net – dated May 21, 2018.

Since April 20, 1999, there have been 18 fatal church shootings. The deadliest was the 2017 shooting at First Baptist Sutherland Springs in Texas, with 26 deaths including an unborn child.

So we, the U.S., aren’t there.  Even though I wrote earlier that persecution isn’t the norm, I also pointed out that it does happen.  And I do wonder why we’re not on the list at all.

I’ll probably look up more on why not.  The annual Open Doors map that you’ll see later in this series normally doesn’t even include the U.S.  In fact, North and South America aren’t usually even shown.  It’s only because Mexico and Colombia made the list that these two continents are on the map for 2019.  Mexico, surprising (to me), even showed up in the “very high” range.

As such, they’ll be the first country examined.  The write-up is nearly complete and should be published a couple days from this writing – January 22, 2019.

If you’d like to receive an email when articles are published from this site, please sign up using the link towards the top right corner of the page.

previousSatanic temple statue is one reason why separation of church and state is a good thing.
nextTrump EPA won’t limit 2 toxic chemicals in drinking water