Obsession with celebrities is strong.  I’m not sure if this is really new or not.  247temp.com says it’s new in the last ten years.  I suspect what’s really new is that we have the ability to take the obsession to a whole new level.  Instead of having to wait for a news cycle like in years past, now it’s instant obsession.

Obsession with celebrities is strong - a decade of changes is article # in the series: . Click button to view titles for entire series 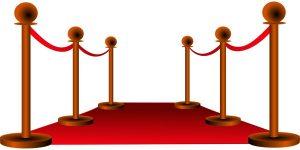 One thing about instant obsession is that it also increases the number of people who can now be counted as celebrities.  You may remember something about Andy Warhol and 15 minutes of fame.  He’s been famous for that since 1968.  Way more than 15 minutes.  However, check out this excerpt from Smithsonian Magazine.

In the future, everyone will be world-famous for 15 minutes.” This celebrated quote has become Andy Warhol most well-known statement. It led to the concept of “15 minutes of fame”—the idea that celebrity, from media scandals to memes, will almost always be fleeting.

According to new evidence, however, it very well could be that Warhol never said this.

Oops.  Apparently, whether 15 minutes or 50+ years, being famous for something doesn’t make for that something actually being true.

Obsession with celebrities is strong

This obsession with celebrities thing isn’t really all that new. It goes all the way back to Biblical times.  I suppose even before that, but hey – this is a site about Christianity.

With that in mind, here’s one celebrity that people were obsessed with.

Mt 4:23 Jesus went throughout Galilee, teaching in their synagogues, preaching the good news of the kingdom, and healing every disease and sickness among the people. 24 News about him spread all over Syria, and people brought to him all who were ill with various diseases, those suffering severe pain, the demon-possessed, those having seizures, and the paralyzed, and he healed them. 25 Large crowds from Galilee, the Decapolis, Jerusalem, Judea and the region across the Jordan followed him.

See what I mean?  Large crowds from Galilee, the Decapolis, Jerusalem, Judea and the region across the Jordan followed him.

Unfortunately, many or even most of them were there for the show.  Not for Jesus, the Son of God – but for Jesus, the celebrity.  When things got uncomfortable for them, this happened:

Jn 6:60 On hearing it, many of his disciples said, “This is a hard teaching. Who can accept it?”

Jn 6:61 Aware that his disciples were grumbling about this, Jesus said to them, “Does this offend you? 62 What if you see the Son of Man ascend to where he was before! 63 The Spirit gives life; the flesh counts for nothing. The words I have spoken to you are spirit and they are life. 64 Yet there are some of you who do not believe.” For Jesus had known from the beginning which of them did not believe and who would betray him. 65 He went on to say, “This is why I told you that no one can come to me unless the Father has enabled him.”

Jn 6:66 From this time many of his disciples turned back and no longer followed him.

Jn 6:68 Simon Peter answered him, “Lord, to whom shall we go? You have the words of eternal life. 69 We believe and know that you are the Holy One of God.”

Those who left Jesus at this time were there for the celebrity Jesus.  Not to be saved, but for the free food and the show.  Obsessed with celebrity.  So obsessed they missed the whole point of why Jesus was there.  If they truly understood, they wouldn’t have left.

The Parable of the Sower

Mt 13:1 That same day Jesus went out of the house and sat by the lake. 2 Such large crowds gathered around him that he got into a boat and sat in it, while all the people stood on the shore. 3 Then he told them many things in parables, saying:

“A farmer went out to sow his seed. 4 As he was scattering the seed, some fell along the path, and the birds came and ate it up. 5 Some fell on rocky places, where it did not have much soil. It sprang up quickly, because the soil was shallow. 6 But when the sun came up, the plants were scorched, and they withered because they had no root. 7 Other seed fell among thorns, which grew up and choked the plants. 8 Still other seed fell on good soil, where it produced a crop—a hundred, sixty or thirty times what was sown. 9 He who has ears, let him hear.”

Mt 13:10 The disciples came to him and asked, “Why do you speak to the people in parables?”

Mt 13:11 He replied, “The knowledge of the secrets of the kingdom of heaven has been given to you, but not to them. 12 Whoever has will be given more, and he will have an abundance. Whoever does not have, even what he has will be taken from him. 13 This is why I speak to them in parables:
“Though seeing, they do not see;
though hearing, they do not hear or understand.

And then Jesus proceeds to explain what it means.  If you’d like to read other things I’ve done where the Parable of the Sower is written, please click here.

Notice what Jesus said there.

It’s easy to understand free food and a great show.  It’s a whole other thing to understand how Jesus fed all those people with so little food.  And how He performed all the miracles.

The celebrity obsession is easy to catch onto.  The Son of God reality is much harder to understand.

File this under out of sight out of mind.  Even though the “celebrity” is the object of discussion!

Divisions in the Church

1Co 1:13 Is Christ divided? Was Paul crucified for you? Were you baptized into the name of Paul? 14 I am thankful that I did not baptize any of you except Crispus and Gaius, 15 so no one can say that you were baptized into my name. 16 (Yes, I also baptized the household of Stephanas; beyond that, I don’t remember if I baptized anyone else.) 17 For Christ did not send me to baptize, but to preach the gospel—not with words of human wisdom, lest the cross of Christ be emptied of its power.

But honestly, aren’t we supposed to be following Jesus?  Do today’s “celebrities” speak out like Paul did?  I don’t know, since I don’t watch them or listen to everything they say.  I do read books from Andy Stanley and John MacArthur, and several other famous preachers.  So I’m not knocking them.  Well OK – I do have a really hard time with Joel Osteen’s prosperity Gospel, which isn’t what Jesus taught.

I’m just pointing out that when we turn a current-day preacher into the celebrity, we run a serious risk of loosing track of what’s really important.  Jesus.  Not Jesus, the food provider and showman.  No, I’m talking about Jesus, the Son of God.  The Jesus who came to earth, taught us, suffered for us, and died so we could be saved.

The Jesus that Paul wrote this about:

For Christ did not send me to baptize, but to preach the gospel—not with words of human wisdom, lest the cross of Christ be emptied of its power.

Let’s not empty the cross of Christ of it’s power.

Image by OpenClipart-Vectors from Pixabay