Is this a bit of Hell on earth?

We talk about something being Hell on earth.  But is this really it?  But before we got there, let’s see what Hell on earth means.  Of course, it’s about the devil, Satan, being in charge.  And everything happens his way.  That’s what being in charge is about, right?  And one other thing.  For those of you that believe in God, He’s not there.

The first Hell on earth

You may remember about the very first “hell on earth” experience in the Bible.

The Fall of Man 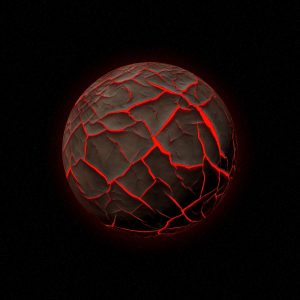 Ge 3:1 Now the serpent was more crafty than any of the wild animals the LORD God had made. He said to the woman, “Did God really say, ‘You must not eat from any tree in the garden’?”

Ge 3:4 “You will not surely die,” the serpent said to the woman. 5 “For God knows that when you eat of it your eyes will be opened, and you will be like God, knowing good and evil.”

Ge 3:6 When the woman saw that the fruit of the tree was good for food and pleasing to the eye, and also desirable for gaining wisdom, she took some and ate it. She also gave some to her husband, who was with her, and he ate it. 7 Then the eyes of both of them were opened, and they realized they were naked; so they sewed fig leaves together and made coverings for themselves.

Ge 3:8 Then the man and his wife heard the sound of the LORD God as he was walking in the garden in the cool of the day, and they hid from the LORD God among the trees of the garden. 9 But the LORD God called to the man, “Where are you?”

Ge 3:11 And he said, “Who told you that you were naked? Have you eaten from the tree that I commanded you not to eat from? ”

Ge 3:13 Then the LORD God said to the woman, “What is this you have done?”
The woman said, “The serpent deceived me, and I ate.”

Yeah – the serpent, the devil, tricked Eve and Adam into eating the fruit from the tree of the knowledge of good and evil.  How?  He told them they wouldn’t die.  And he told them they would be just like God.  Of course, knowing the whole time that both were lies.  And how’d he know that?  Because he tried something similar before.  And failed, miserably.

Maybe you don’t remember that part?

The fall of Satan – Isaiah

Isa 14:12 How you have fallen from heaven,
O morning star, son of the dawn!
You have been cast down to the earth,
you who once laid low the nations!
Isa 14:13 You said in your heart,
“I will ascend to heaven;
I will raise my throne
above the stars of God;
I will sit enthroned on the mount of assembly,
on the utmost heights of the sacred mountain.
Isa 14:14 I will ascend above the tops of the clouds;
I will make myself like the Most High.”
Isa 14:15 But you are brought down to the grave,
to the depths of the pit.

That’s it.  Satan wanted to be like God.  Above God even.  But he lost.  Got kicked out of Heaven.

And we’ve been paying the price ever since.

What’s our current bit of Hell on earth?

Of course, there are many things that come to mind when we talk about Hell on earth.  But this is the one I’m talking about today.  It’s from a report by CNN titled Coronavirus hospital data will now be sent to Trump administration instead of CDC.

Hospital data on coronavirus patients will now be rerouted to the Trump administration instead of first being sent to the US Centers for Disease Control and Prevention, the Department of Health and Human Services confirmed to CNN on Tuesday.

The move could make data less transparent to the public at a time when the administration is downplaying the spread of the pandemic, and threatens to undermine public confidence that medical data is being presented free of political interference.

There’s also Despite months of warning, the US could soon run out of gloves, goggles, and body bags as coronavirus cases keep surging, from Business Insider.

The US could soon face another shortage of personal protective equipment (PPE) and run out of items like gloves, goggles, and body bags.

The news comes as US coronavirus cases reach record levels.

The documents, as well as testimony from hospitals and healthcare workers, point to a national stockpile that appears to be running low of key equipment, and that did not ship anywhere close to what authorities around the country said they needed.

Is this Hell on earth surprising?

Whether or not this is a surprise to people depends on who you ask.  I don’t find it even the least bit surprising.  This is totally expected.

Think about the first Hell on earth experience.  The one with Adam and Eve.  Satan knew exactly what he was doing.  He knew both statements were lies.  Adam and Eve were going to die.  Literally die, die.  I invite you to check out Why were Adam and Eve kicked out of the Garden of Eden? and The Problem of Free Will, on my other site for more on that.  You’ll see about being careful who we listen to, paying attention to everything, and watching out for hidden consequences, among other things.  All are from that one incident in Eden.

Like I said though, Satan knew he wasn’t going to be successful here.  He was already kicked out of Heaven.  And a third of the angels as well.  The ones who were with Satan in his attempt to rise above God.  So if he couldn’t win that battle, he’s got no reason to think he’ll win this one either.  But he does plan on taking as many of God’s people with him as possible.

Today’s bit of Hell on earth

Today, we have a president, Donald Trump, who cannot admit he’s wrong about anything.  He’s perfectly willing to trash anybody who disagrees with him.  Please check out Say bad things about me and I’ll destroy you for that topic.  He’s more than willing to point out every little thing someone he doesn’t like got wrong.  But will never say he was wrong.  He must be seen as right all the time.  Even though he has to know, he’s not and man, many people are totally aware of it.

It’s not that different from the Eden incident.  Trump has to know that his approach to the COVID-19 crisis is going to lead to more and more deaths.  But being right is more important.  Even those around him, some of whom must be able to see what’s happening, won’t correct him.  If they do, they become the next target to be destroyed.  We’ve seen that too often to think otherwise.

Hell on earth – not enough PPE

We don’t have enough personal protective equipment.  Shocking?  After all this time, we still don’t have it?  Trump still hasn’t forced companies to make it under the defense act?  No – not shocking.  Not al all.  If Trump did call for more PPE to be made, then he would also have to admit he was wrong about the virus going away.  He literally cannot call for more PPE production without admitting he was wrong.  Well, he could, but it might be a hard sell, even for him.  Who else can he blame?

Now that the data on cases, hospitalizations and deaths are going directly to the White House instead of the CDC, do we really believe it’s going to be accurate?  Can Trump, who continues to tell us that things are getting better, resist the urge to make the data say what he wants it to say?  And who’s going to have the nerve to tell the truth?

Seriously, this is a president who thinks testing for the virus actually gives people the virus!  Remember the statement – testing creates cases?  Testing doesn’t create cases!  Testing identifies cases.  And no matter how much or how little testing is done, hospitalizations and deaths aren’t going to change!  People go to the hospital when they’re very ill.  Doesn’t matter whether they’ve been tested or not.  And not testing people will, if anything, lead to more deaths, not less.

Trump’s Hell on earth – taking God’s people with him

To me, maybe the most bizarre, but maybe very understandable part of this is how many Christians continue to support this president.  They think he’s the greatest thing ever for Christianity.  Sorry, but Jesus was, is and always will be the best “thing” for Christianity.  And someone like the person I just described above is hardly an example of someone living the kind of life Jesus instructed His followers to have.

Conclusion – Is this a bit of Hell on earth?

But somehow, like the serpent convincing Adam and Eve they wouldn’t die, Trump continues to convince too many Christians that he’s good for us.  However, I can’t help but wonder, is he telling us that if we follow him, we won’t surely die?  And as I show in The Problem of Free Will, the Hebrew says “die die”.  As in die physically, and die spiritually.  Depart from this earth.  Go to Hell.

Image by Alexander Antropov from Pixabay

previousReopening Schools – How Little Is A Life Worth?
nextWill we ever love people like we love money?

Home » government & religion » Is this a bit of Hell on earth?
a