I ‘destroy’ careers of Republicans who say bad things about me.

Say bad things about me and I’ll destroy you.

“I only destroy their career because they said bad things about me and you fight back and they go down the tubes and that’s OK,” he added. 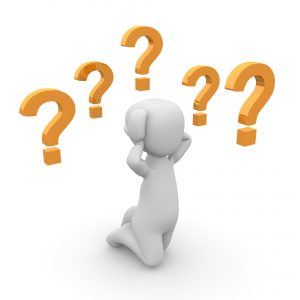 And to top it off, there’s this from thehill.com:

Trump often boasted during the campaign “the evangelicals love me,” and few in the media recognized just how deep that alliance went.

Based on election results, they apparently do.

Donald Trump won the white evangelical vote by historic margins, taking a bigger share with the group than Mitt Romney, John McCain and even George W. Bush did, according to exit polls.

In so doing, the president-elect overcame what many assumed would be paralyzing disadvantage for the thrice-married Manhattanite who once favored abortion “in every respect and as far as it goes.”

Trump closed the deal with born-again leaders and voters by telling them, in his blunt way, exactly what they wanted to hear. He made unprecedented promises, including releasing his potential list of Supreme Court justices ahead of time. He also added a litmus test, vowing to only appoint “pro-life” justices.

This leads to the conclusion that evangelical Christians really do love Trump.

There’s quite a laundry list of things that led to these Christians supporting Trump.  If you want to check it out, I recommend reading the whole article.  Here’s just one sequence from it.

Few evangelical leaders saw early promise in Trump. Among the few who did was the Liberty University president Jerry Falwell Jr.

Most evangelical leaders, however, remained skeptical about Trump long into the primary season. They observed a man who had been married three times, bragged about committing adultery, and said vulgar things about women on Howard Stern’s radio show. Some of these leaders never got there with Trump.

Others, like Penny Nance, the president of Concerned Women for America, finally came to support the GOP nominee. She didn’t view Trump as a moral authority. She saw a man who, in her judgment, would be far preferable to a Democrat campaigning with the enthusiastic support of Planned Parenthood.

Nance even went to Trump Tower last week to rally evangelical women. She said she supported Trump “not on gender or personality” grounds but “in defense of the Supreme Court, the sanctity of life, religious freedom, national security, and economic freedom.”

Social conservative leaders warmed to Trump around the time of the convention because he didn’t fight them on the party platform. Instead, Trump’s team supported the most conservative platform in the history of the party, according to Perkins.

Trump did himself further favors when, instead of shifting to the secular center, he doubled down with evangelicals in the general election period.

In Reed’s judgment, Trump made “the most full-throated, aggressive and unapologetic appeal to evangelical voters” in a general election environment since Ronald Reagan’s 1980 campaign.

Trump made numerous appearances in evangelical settings during the general election period, Reed notes. These include his September address to the Values Voter Summit and his October appearance with Christian leader Pat Robertson at Regent University in Virginia Beach.

“For the most part,” Reed said, “the modus operandi of the national Republican Party has been to embrace these voters, their leaders and their organizations and issues in the primaries; and then keep them out of camera range and at arm’s length in the general election.

“Donald Trump never played with that playbook,” he said.

A number of evangelical leaders mentioned the final debate as a key moment.

“The point at which Donald Trump closed the deal with evangelicals was at the last debate,” said Perkins, “when he gave the most concise definition of late-term abortion that any Republican or any presidential candidate in the general election has given.”

“If you go with what Hillary is saying,” Trump said, “in the ninth month, you can take the baby and rip the baby out of the womb of the mother just prior to the birth of the baby.

A telling conclusion was reached by Ralph Reed, chairman of the Faith & Freedom Coalition:

Reed concluded that if evangelical voters had “stayed home as some thought they’d do,” or, he added with a smile, “if the rapture occurred,” then Trump would have lost the election “by a Johnson-Goldwater type margin.”

SO it appears that Christians really did have a major impact on the election.

What did Jesus say about this “say bad things about me” behavior?

Mt 5:43 “You have heard that it was said, ‘Love your neighbor and hate your enemy.’”

Yes – Jesus said this.  Christians should remember it.  Trump admittedly has it as a way of life.  And it works for him, even with Christians.

However, Christians should also remember that Jesus said something else after that sentence.

44 But I tell you: Love your enemies and pray for those who persecute you, 45 that you may be sons of your Father in heaven. He causes his sun to rise on the evil and the good, and sends rain on the righteous and the unrighteous. 46 If you love those who love you, what reward will you get? Are not even the tax collectors doing that? 47 And if you greet only your brothers, what are you doing more than others? Do not even pagans do that? 48 Be perfect, therefore, as your heavenly Father is perfect.

Oops.  So much for the idea of “Say bad things about me and I’ll destroy you”.

So Trump either doesn’t remember, doesn’t know, or doesn’t care about what came after “hate your enemy“.  Just the opening of “you have heard it said” should be a clue that what was said is wrong.  Quoting out of context is quite dangerous.

But what about all the alleged Christians who support Trump?  Maybe they didn’t get what they were hoping for.  Even though the evidence showed that he didn’t exactly live a Christian life.  Even though he completed showed the “Say bad things about me and I’ll destroy you” right from the start.

Even allowing for unexpected consequences, how does our president continue to keep Christian support?  How does a man who says “Say bad things about me and I’ll destroy you” fit in with what we’re taught as Christians?  How do the things he does that are in line with that attitude fit in with the kind of life Christians are supposed to lead?

Have we lost the teachings of Jesus so much that we don’t even see it?

The last sentence of the passage from Jesus is Be perfect, therefore, as your heavenly Father is perfect.  Granted, we’ll never be perfect.  But how should Christians feel about someone who isn’t even willing to try?

What do you think?  Is “Say bad things about me and I’ll destroy you” a Christian mindset and way to live?