Christians – are you afraid of politicians?

Christians – are you afraid of politicians?  Donald Trump seems to think you are.  Or at least hope you are.  But really, the question is deeper than that.

But first, let’s get into why the question even comes up.  It’s because of an article from Politico, titled‘Dangerous levels of contempt’: Trump deploys a convention to attack Dems on religion.  A short excerpt will shed light on what’s happening. 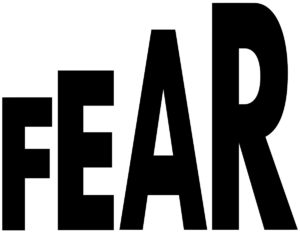 Facing signs of slippage in his appeal among religious voters who helped seal his victory in 2016, Trump is carving out a deliberate and vocal message this week to evangelicals and Catholics who may be tempted to stay home on Election Day due to frustrations over the faltering U.S. economy, ongoing coronavirus pandemic or recent Supreme Court losses. Through night after night of programming, the president’s team hopes to remind religious Americans of the battles Trump has fought on numerous cultural fronts and scare them into believing their lives will irrevocably change if Democrats rise to power.

So three questions come to mind.

Christians, are you afraid of politicians from the Democratic Party?

Are you afraid that your life will irrevocably change if the Democrats win the election?  In what ways do you think your life will change, with no chance of ever going back to the way it is now?  Do you even want to stay with the way things are now?  Or do you want things to be better?  And do you really believe the Democrats have that kind of power?

And even beyond that, are you considering not voting Republican due to frustrations over the faltering U.S. economy, ongoing coronavirus pandemic or recent Supreme Court losses?

Christians, are you afraid of politicians from the Republican Party?

I fell like I have to ask this question, because there is still, at least in name, a Republican party.  But honestly, it really looks like most Republican politicians are afraid of Trump.  They’re either backing him, or afraid to go against him.  Which leads to the third question.

Christians, are you afraid of the politician Donald Trump?

Are you at all concerned about the image portrayed by Trump, the things he does and says, and your allegiance to him?  Are you being, as the church words go, a good witness for Jesus when you support such a man as Trump?

Either way, we have a close to a dictator as this country has ever had.  Are you afraid of that?

Christians, do you fear God more than you fear politicians?

That question assumes you know what fear means, when it comes to fearing God.  Let’s look at Psalm 111 to get some idea of what fear of the Lord really means.

I will extol the LORD with all my heart
in the council of the upright and in the assembly.

Ps 111:2 Great are the works of the LORD;
they are pondered by all who delight in them.
Ps 111:3 Glorious and majestic are his deeds,
and his righteousness endures forever.
Ps 111:4 He has caused his wonders to be remembered;
the LORD is gracious and compassionate.
Ps 111:5 He provides food for those who fear him;
he remembers his covenant forever.
Ps 111:6 He has shown his people the power of his works,
giving them the lands of other nations.
Ps 111:7 The works of his hands are faithful and just;
all his precepts are trustworthy.
Ps 111:8 They are steadfast for ever and ever,
done in faithfulness and uprightness.
Ps 111:9 He provided redemption for his people;
he ordained his covenant forever—
holy and awesome is his name.

Ps 111:10 The fear of the LORD is the beginning of wisdom;
all who follow his precepts have good understanding.
To him belongs eternal praise.

Fear of the Lord

When we talk about fear of the Lord, it’s not about being afraid of God.  You see, the Hebrew word we read as fear is this:

When we revere God, are in awe of Him, we don’t have to be afraid of Him.  It’s when we don’t rever God, don’t have awe for Him, then we need to be afraid.  For more on that thought, please see The problem of “Fear of the Lord” over on my other site.

Just think back to the Greatest Commandment.  Consider our relative awe of God and various politicians.

Conclusion – Christians, are you afraid of politicians?

Image by John Hain from Pixabay

previousChristians – how do you treat women?
nextCitizens have freedom of religious belief?

Home » God in U. S. Politics » Christians – are you afraid of politicians?
a