Cell phone cameras have replaced portable cameras.  Just look around and it’s clear that 247temp.com got this one nailed.  It’s a real thing. You used to be able to identify tourists as the people with the big cameras hanging around their necks.  Now they use cell phones and take selfies just like everyone else.

Cell phone cameras have replaced portable cameras - a decade of changes is article #9 in the series: Ten years of life changes. Click button to view titles for entire series 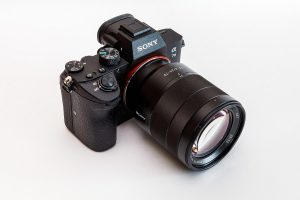 What difference does it make if we all use cell phones instead of the “old-fashioned” SLR cameras?  And why am I even asking that question on a site about Christianity?  Well, because it matters.  We’re losing something in the process of going to something that’s easier to carry around.  BTW – that’s a huge hint as to what’s wrong.

What do cell phone cameras have to do with Christianity?

What do cell phone cameras have to do with Christianity?  Directly – nothing.  Indirectly – quite a bit.  Thirty-plus years ago, I used to work as a photographer.  I did sports for a newspaper.  Obviously, there were no cell phones back then.  I used SLR cameras that had, if you even know what it is, film.

When digital cameras first came out, there were all sorts of discussions about whether or not to use them.  They were pretty much rejected by people who did what I did.  They just weren’t good enough.

As digital cameras got better, the discussions came back.  People started to move from film to digital.  As each improvement in the digital cameras came out, more people switched.

Then cell phones came out with cameras.  As with the first digital cameras, they were largely rejected by those who used them to make a living.  They weren’t all that good for “normal” people either.

But they continued to get better.  More and more people use them.  Now, they’re all over the place.

Here’s the answer to what was wrong with cell phone cameras.  Part of it is the resolution.  The other is the limited ability to zoom in or out.  And then there’s the question of what they’re really good at.  Or not.

Here’s a definition for resolution, just to be sure we’re all on the same page.

Resolution refers to the number of pixels on display or in a camera sensor.  Higher resolution means more pixels, which provides the ability to capture or display more visual information (more detail and clarity.)  For example, a display with 720 x 1280 pixels is much higher resolution than a display with 480 x 800 pixels.

Resolution does NOT determine physical size. For example, one 480 x 800 display might measure 3.0 inches diagonally, while another 480 x 800 display might measure 4.5 inches. Similarly, a 3 megapixel photo could be printed out at 4 x 6 inches just as easily as 8 x 10 inches.  However, in those examples, the display (or photo) with the larger physical size would not look as crisp as the physically smaller one. The crispness of a display or photo is more closely determined by a measurement called DPI or PPI.

So there’s a link between the amount of information stored and the resolution.

Zooming in or out – for cell phone cameras

First, some background info on zooming.

The difference between optical and digital zoom is important to know when shopping for a new phone. It’s not the only tech category where these two kinds of camera zoom pop up, but they butt heads here like nowhere else.

Want the one sentence version? Optical zoom uses magnifying lenses to get you a much closer-up view of a scene than you’d see with your eyes. Digital zoom relies on software to get a similar effect.

These days, high-end cell phones have more than one camera.  So they can appear to be able to zoom – make objects appear closer than they really are.

With cell phones, it generally done with different lenses – but that only gives the clearest images at discreet points for each lens.  Everything else done with a cell phone is called digital zoom.  It’s done with software.  Clarity is lost.  In other words, details are lost when using digital zoom.

That’s not an issue with the “old-fashioned” SLR cameras.  Even digital SLR cameras have zoom lenses with optical zoom.  They don’t lose the details.

What are cell phone cameras good at?

In my opinion, they’re good at taking selfies.  Even the software that’s added to each progressive version of the iPhone shows that people taking selfies is the biggest thing they target.  Sure – they have night options, slow-motion options, Etc,. but they just aren’t as good as a digital SLR.  Samsung’s new S20 models may blow away some of those numbers, but software is still required.  Software that modifies the image captured through the lens to make it, well, different.

Ever try to put a cell phone on even a small tripod to get a really good night, motion, or other special effect shot?  Of course not.  So you put up with losing the details.  Again.

So, have you noticed an issue with cell phone cameras?  It’s the details.  Or rather, the lack of details.  For selfies that’s a good thing.  No one really wants a high def picture of their face.  For other things, the lack of detail seems to be something we’re willing to live with.  Good enough has replaced really good.  And we’re OK with that.

So what does all the cell phone stuff have to do with Christianity?

The relationship between cell phone cameras and Christianity is spelled out in that last paragraph, so let’s look at it again.

It’s the details.  Or rather, the lack of details.  For selfies that’s a good thing.  No one really wants a high def picture of their face.  For other things, the lack of detail seems to be something we’re willing to live with.  Good enough has replaced really good.  And we’re OK with that.

My first example of that comes from Paul.  He wrote about wisdom, including the source of true wisdom.  As you read this, consider what happens when this message isn’t delivered completely and truthfully.  What if the delivery of the message was only “good enough”?

Wisdom From the Spirit

1Co 2:6 We do, however, speak a message of wisdom among the mature, but not the wisdom of this age or of the rulers of this age, who are coming to nothing. 7 No, we speak of God’s secret wisdom, a wisdom that has been hidden and that God destined for our glory before time began. 8 None of the rulers of this age understood it, for if they had, they would not have crucified the Lord of glory. 9 However, as it is written:
“No eye has seen,
no ear has heard,
no mind has conceived
what God has prepared for those who love him”— 10 but God has revealed it to us by his Spirit.

This is different.  It’s not something people normally think of.  Even the Jewish leaders, who should have seen it, failed to recognize the prophecies from the Scriptures they studied and taught.

If this message, the good news that Jesus taught, wasn’t delivered properly then what hope did anyone have for understanding it at all?  “Good enough” just doesn’t cut it.

The Spirit searches all things, even the deep things of God. 11 For who among men knows the thoughts of a man except the man’s spirit within him? In the same way no one knows the thoughts of God except the Spirit of God. 12 We have not received the spirit of the world but the Spirit who is from God, that we may understand what God has freely given us. 13 This is what we speak, not in words taught us by human wisdom but in words taught by the Spirit, expressing spiritual truths in spiritual words.

The Holy Spirit is required to deliver Jesus’ message correctly and with some degree of understanding.  It was passed on from Jesus to the original disciples.  Then to others, who continued to pass it along.  You know – The Great Commission thing?

Mt 28:16 Then the eleven disciples went to Galilee, to the mountain where Jesus had told them to go. 17 When they saw him, they worshiped him; but some doubted. 18 Then Jesus came to them and said, “All authority in heaven and on earth has been given to me. 19 Therefore go and make disciples of all nations, baptizing them in the name of the Father and of the Son and of the Holy Spirit, 20 and teaching them to obey everything I have commanded you. And surely I am with you always, to the very end of the age.”

To the extent that we fail to teach them to obey everything I have commanded you correctly, they will fail to become true disciples.  Not only do they run the risk of not being saved, so do the people they try to teach.  “Good enough” isn’t good enough.

14 The man without the Spirit does not accept the things that come from the Spirit of God, for they are foolishness to him, and he cannot understand them, because they are spiritually discerned.

See what I mean?  Not learning the true message from Jesus leads to not having the Holy Spirit.  That can lead to an inability to really understand even some of the message that was delivered correctly.  It’s a downhill spiral over time.  “Good enough” isn’t good enough.

15 The spiritual man makes judgments about all things, but he himself is not subject to any man’s judgment:

But we have the mind of Christ.

Ultimately, this is the root problem – But we have the mind of Christ.  The mind of Christ is what Jesus told us would be with us to the very end of the age.  The Holy Spirit.

So a lack of details leaves out parts of Jesus’ message.  At some point, that means those who hear the message are less and less likely to even get enough of it to have the Holy Spirit.  And that’s tragic.

My other example is from Jesus Himself.  It’s from the Parable of the Sower.  Since I’m trying to keep the articles in this series short, I’m only going to examine the explanation of the parable.  I’m working on a series on the Parables for my other site.  When it’s done, I’ll add a link here.

The Parable of the Sower

For the current topic, the thing to pay special attention to is this: When anyone hears the message about the kingdom and does not understand it, the evil one comes and snatches away what was sown in his heart.

Even when people hear Jesus’ message correctly, the correct words that is, they still may not understand for a variety of reasons that follow in that passage.

Just think about what happens when Jesus’ message isn’t even given correctly?  Again what hope is there?  And one more time – “good enough” just isn’t good enough.

The details are important.

And that saying about the devil is in the details is just not correct.  The devil is hoping the details will be left out.  Because the path to God is in those details.

Even for something as simple as what does the word “believe” mean, the path to God is in the details.  To see the details for “believe”, I invite you to check out Are we supposed to Believe God, Believe in God or Follow God?

The details are important.  The lack of them makes your cell phone picture different from what a good quality film camera will give you.  And maybe you’re OK with that.  But the lack of details can be the difference between these two sets of gates.

The Narrow and Wide Gates

Image by Алексей Чижов from Pixabay