People never really leave the office.  That’s one of many things that have changed over the past decade.  At least according to 247temp.com.  I remember pretty much never leaving the office way more than ten years ago.

We never leave the office - a decade of changes is article #3 in the series: Ten years of life changes. Click button to view titles for entire series 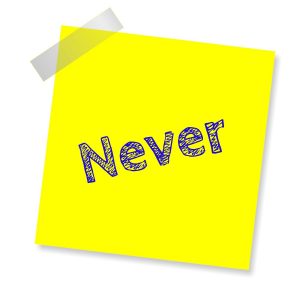 But then, given that I worked in the technology field, maybe I was just in a position to do something that’s more common now.

Mobile technology has advanced tremendously over the last decade. People now have the ability to check their work emails and messages as soon as they wake up — and they do. When employees are not physically at the office but are still reachable 24/7, that means they’ve never really left.

The thing is, whether you were an early adopter like me, or someone who’s relatively recently earned the badge of never leaving the office, it has impacts.  And they aren’t good.

The more obvious effects of never leaving the office

Don’t worry – we’re going to get to Christianity and God.  But first, there are some consequences of never leaving the office that I want to touch on first.

Never leaving the office has an impact on our family, friends, whoever happens to be at home.  Including pets.  I remember a time when I actually didn’t want to leave the office.  That’s because I didn’t want to go home.  My life was pretty much a mess.  One that could be escaped by staying at work.

But then, there were the dogs.  Holmes and Moriarty.  I’d go home real quick around six in the evening.  Pick up the “boys” and bring them to work for the night.  Same thing on weekends, except they could stay all day long.  But it wasn’t like them being at home.

But then, there was something else.  Someone else.  The problem is, when that someone is a spouse, Christians have another issue that comes up.  Before I proceed though, I want to say there are times when a marriage really needs to come to an end.  Things like abuse – physical or mental, for example.  So what follows isn’t a hard and fast rule.  Circumstances must be taken into account.

Eph 5:25 Husbands, love your wives, just as Christ loved the church and gave himself up for her 26 to make her holy, cleansing her by the washing with water through the word, 27 and to present her to himself as a radiant church, without stain or wrinkle or any other blemish, but holy and blameless. 28 In this same way, husbands ought to love their wives as their own bodies. He who loves his wife loves himself. 29 After all, no one ever hated his own body, but he feeds and cares for it, just as Christ does the church— 30 for we are members of his body. 31 “For this reason a man will leave his father and mother and be united to his wife, and the two will become one flesh.” 32 This is a profound mystery—but I am talking about Christ and the church. 33 However, each one of you also must love his wife as he loves himself, and the wife must respect her husband.

This passage is often misunderstood and / or misused.  There is a responsibility for both the wives and the husbands.  The relationship, on both parts, should be based on the love Jesus has for His Church.

Whether it’s the husband or the wife who never leaves home, that responsibility isn’t being upheld.  It doesn’t even matter if staying at work is intentional or not.  However, having said that, with technology today, with the increasingly unreasonable expectations for being available 24/7, it can be really easy to convince ourselves that never leaving work isn’t a choice.

We don’t want to go home.  Work “needs” us.  And so we convince everyone that we stay at work, not because of a problem at home, but because of all the problems at work.  Problems that only we can deal with.  Yeah, right.

But still, something’s missing.  Just being in the same house isn’t the same as being “with” someone.  Our focus is still on the wrong thing(s).  Work.  Email. Problems to be resolved.  People to be supervised.  Etc.

How often did Jesus tell us to work more?

All this made me wonder.  Did Jesus ever tell anyone to work more?  Of course, the answer is a resounding no.  In fact, He did the opposite.

The Calling of the First Disciples

Mt 4:18 As Jesus was walking beside the Sea of Galilee, he saw two brothers, Simon called Peter and his brother Andrew. They were casting a net into the lake, for they were fishermen. 19 “Come, follow me,” Jesus said, “and I will make you fishers of men.” 20 At once they left their nets and followed him.

Mt 4:21 Going on from there, he saw two other brothers, James son of Zebedee and his brother John. They were in a boat with their father Zebedee, preparing their nets. Jesus called them, 22 and immediately they left the boat and their father and followed him.

And for the rest of us?  It doesn’t change.

The Cost of Following Jesus – Matthew

Mt 8:18 When Jesus saw the crowd around him, he gave orders to cross to the other side of the lake. 19 Then a teacher of the law came to him and said, “Teacher, I will follow you wherever you go.”

Mt 8:20 Jesus replied, “Foxes have holes and birds of the air have nests, but the Son of Man has no place to lay his head.”

Mt 8:21 Another disciple said to him, “Lord, first let me go and bury my father.”

Yeah – that’s pretty much it.  Nothing about bringing your cell phone.  Or your work problems.  Certainly not your laptop.  Quite the opposite – it was leave everything having to do with your work.  And follow Jesus.

Why?  Among other things, like the section header says – quality of life.

The Shepherd and His Flock

Jn 10:1 “I tell you the truth, the man who does not enter the sheep pen by the gate, but climbs in by some other way, is a thief and a robber. 2 The man who enters by the gate is the shepherd of his sheep. 3 The watchman opens the gate for him, and the sheep listen to his voice. He calls his own sheep by name and leads them out. 4 When he has brought out all his own, he goes on ahead of them, and his sheep follow him because they know his voice. 5 But they will never follow a stranger; in fact, they will run away from him because they do not recognize a stranger’s voice.” 6 Jesus used this figure of speech, but they did not understand what he was telling them.

Jn 10:7 Therefore Jesus said again, “I tell you the truth, I am the gate for the sheep. 8 All who ever came before me were thieves and robbers, but the sheep did not listen to them. 9 I am the gate; whoever enters through me will be saved. He will come in and go out, and find pasture. 10 The thief comes only to steal and kill and destroy; I have come that they may have life, and have it to the full.

Jn 10:14 “I am the good shepherd; I know my sheep and my sheep know me— 15 just as the Father knows me and I know the Father—and I lay down my life for the sheep. 16 I have other sheep that are not of this sheep pen. I must bring them also. They too will listen to my voice, and there shall be one flock and one shepherd. 17 The reason my Father loves me is that I lay down my life—only to take it up again. 18 No one takes it from me, but I lay it down of my own accord. I have authority to lay it down and authority to take it up again. This command I received from my Father.”

I have come that they may have life, and have it to the full.  If we want the absolute best quality of life, from a spiritual point of view, then follow Jesus.  Leave work, if that’s what He’s asking of you.

And no, I’m not telling everyone reading this to leave work.  It’s like the rich young man.  Jesus told him to sell everything and give the proceeds to the poor.  That’s because money and things were that young man’s issue.  The things that kept him from following Jesus.

But if work is preventing us from following Jesus, we need to do something about that.

Conclusion – We never leave the office

Having said that, it might be leave work.  Do something else.  Maybe a job that takes less out of our lives.  Maybe the same job, but in a better environment.  Let’s face it.  For a Christian, it’s just really hard to imagine that God created any one of us for the sole purpose of making a lot of money while working really hard for a secular company.  It just makes no sense.

I know for me, I received one of those leave your job messages from the Holy Spirit.  You can read about it in What’s next? – about me, March 2017 update.   The bottom line is that I retired.  Earlier than I was planning.  But I started the process right away.  Gave a few months notice.  And then I walked out.  Free.

And now I’m doing this.  Living that life to the full Jesus spoke of.

So, whatever He has for you, if you’re life is sucked up by these decades of changes that we’re going through in this series, do something.  Ask God what He has for you.  What’s that thing you should be doing to live life to the full, Jesus style.

Image by S K from Pixabay