Skipping commercials is an option – a decade of changes

Skipping commercials is an option when watching something recorded on a DVR.  It doesn’t take 247temp.com to tell us that.  It’s a real thing.  I’ve even learned that it’s OK to not watch a hockey game live on TV.  Skipping the commercials, and even some of the intermission stuff is a good thing.

Skipping commercials is an option - a decade of changes is article #8 in the series: Ten years of life changes. Click button to view titles for entire series 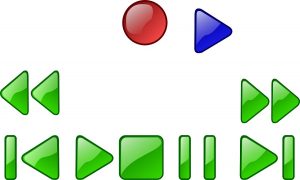 And I call still influence the game I’m watching, even though it’s already over.  Sorry, couldn’t resist that.  Isn’t that why some of us have a hard time with watching recorded games?

Skipping commercials is an option.  DVR is arguably one of the best inventions in TV history. You don’t have to sit through a single second of paid announcements. Networks have responded and have shed ad time.

Which leads to a question.  If everyone’s fast-forwarding through the commercials, how does anyone even know that there are less of them?

Interesting question, isn’t it?  But that’s not why we’re here.

Skipping commercials is an option – why am I even writing about that?

Why am I even writing about skipping commercials?  It’s not like there are commercials in the Bible.  What’s the deal here?

Here’s the thing.  Remember reading this – skipping the commercials, and even some of the intermission stuff is a good thing?  Yeah – not just the commercials.  I skip some other stuff too.  That’s why I’m writing about it.

Supposedly, networks are cutting down on commercial time.  True or false?  I don’t know.  But one thing I know.  For Christians, fast-forwarding through parts of the Bible that we’re just not “interested” in isn’t a really good idea.  Neither is skipping parts of the Bible entirely.

I even know some people who only pay attention to the red text.  You know – the stuff Jesus said.  Their thinking is those are the most important parts.  Everything else isn’t that important.

What’s wrong with skipping parts of the Bible?

Like I said, there aren’t any commercials to skip in the Bible.  But what happens when we skip the parts we think are boring?

For one thing, did you happen to read the previous article in this series?  It’s Binge-watching shows is the norm – a decade of changes.  It looks at two passages in the Bible.  Consecutive passages.  One right after the other.  When you read the first one, you learn Jesus prayed for the original eleven disciples.

If you skip the next passage, you’d also think He only prayed for those eleven.  However, if you don’t skip that next passage, you learn that Jesus was also praying for every disciple, every person who follows Him, right up to the present day.  And beyond.

Skipping passages in the Bible isn’t like skipping commercials.  Important things are missed.

Skipping the inspired word of God?

Here’s another thing to consider.  Christians believe, or should believe, that the Bible is the inspired word of God.  Taking that thought and combining it with our subject here, skipping the commercials suddenly equates to skipping words from God.  Words God considered important, and for whatever reason, we don’t think so.  Or hopefully, maybe we never thought of it that way before, but will now?

Did you skip In the beginning was the Word … ?

Maybe you remember the beginning of the passage below?

Jn 1:3 Through him all things were made; without him nothing was made that has been made. 4 In him was life, and that life was the light of men. 5 The light shines in the darkness, but the darkness has not understood it.

Jn 1:6 There came a man who was sent from God; his name was John. 7 He came as a witness to testify concerning that light, so that through him all men might believe. 8 He himself was not the light; he came only as a witness to the light. 9 The true light that gives light to every man was coming into the world.

Jn 1:10 He was in the world, and though the world was made through him, the world did not recognize him. 11 He came to that which was his own, but his own did not receive him. 12 Yet to all who received him, to those who believed in his name, he gave the right to become children of God— 13 children born not of natural descent, nor of human decision or a husband’s will, but born of God.

Jn 1:14 The Word became flesh and made his dwelling among us. We have seen his glory, the glory of the One and Only, who came from the Father, full of grace and truth.

Jn 1:15 John testifies concerning him. He cries out, saying, “This was he of whom I said, ‘He who comes after me has surpassed me because he was before me.’ ” 16 From the fullness of his grace we have all received one blessing after another. 17 For the law was given through Moses; grace and truth came through Jesus Christ. 18 No one has ever seen God, but God the One and Only, who is at the Father’s side, has made him known.

Even just the first part is so different.

John gets so spiritually deep.  Maybe too deep, so we fast forward through it.  Or maybe we think we’re skipping a commercial for God – because that’s what this sounds like.  But regardless of the reason, we do tend to skip passages that, for whatever reason, don’t grab our attention.  Like this one.

The problem is that when we skip them, we’re missing something.  Something important.  Such as:

We cannot proceed as though we were ignorant of what John meant by the Word. By one great sweep of his pen, dipped in the purest rhetoric, he has introduced Christ as having existence further back than man can philosophize. He did not introduce Him as a new virgin-born babe, or as a man starting his ministry, as do the Synoptics, but he proclaimed Him as the Eternal One. There was no time when Christ was not. “The only perspective in which the work of Jesus, and His relation to the Father, could be truly seen and estimated was that of eternity.”  [1]Blaney, H. J. S. (1966). The Gospel according to St. John. In Matthew-Acts (Vol. 4, pp. 375–376). Grand Rapids, MI: William B. Eerdmans Publishing Company.

This is one of the simplest things to come out of what John wrote in that passage.  And if you’ve never thought about Jesus as having always existed, you’re missing out.  Most people, even non-Christians, know about the birth of Christ.  Hopefully, Christians know that Jesus was with the Father in Heaven before His birth here on earth.

But did you realize John tells us that Jesus was involved in the creation of everything we have in our “world” – our universe.  So He existed before creation.  In fact, has always existed.  And those aren’t just words of blind faith.  And they aren’t some religious doctrine dreamed up by a bunch of guys figuring out what their denomination should believe.  They’re in the Bible.  They are the word of God.  Should not be fast-forwarded.  Or skipped.

Did you skip 2 Ti 3:16 All Scripture is God-breathed and is useful for teaching, rebuking, correcting and training in righteousness, 17 so that the man of God may be thoroughly equipped for every good work?

That’s another place where the Bible says its words are from God.  Consider the excerpt below.

‘All Scripture is God-breathed.’ That means the Bible owes its origin and its contents to the guidance and leading of the Holy Spirit. Peter puts it like this: ‘No prophecy of Scripture came about by the prophet’s own interpretation. For prophecy never had its origin in the will of man, but men spoke from God as they were carried along by the Holy Spirit’ (2 Peter 1:20).

Nobody but the most prejudiced person would deny that the Bible is a unique book if only because, after existing for centuries, it continues to be taught, bought, distributed and loved more than any other book that has ever been written. But its true uniqueness lies in its unity, which is the hallmark of its divine inspiration. For the Bible is not just one book but a whole library of thirty-nine books in the Old Testament and twenty-seven in the New Testament. These were written over a period of some fifteen centuries by more than forty authors all of whom were different, including kings (David, Solomon), philosophers (Ecclesiastes), poets (Psalms), farmers (Amos), statesmen (Daniel), priests (Ezekiel, Ezra), prophets (Isaiah, Jeremiah), fishermen (Peter, John) and scholars like Paul. With such a variety of authorship over such a long period, one might expect the result to be a book that was no more than a mixed bag of ideas and inconsistencies. Instead, the Bible has a wonderful unity from Genesis to Revelation as it unfolds the single theme of God’s plan of redemption.

Human inspiration, on the other hand, is something quite different. If we were to take some of the great writings of the world such as Plato, Aristotle, Josephus, Dante, Shakespeare etc., and join them in a single volume, all we would have would be a series of disconnected ideas and contradictions. There would be no unity or theme to hold the different books together as a single whole.

The inspiration of the Bible is also seen in its unique survival. All through history it has been a hated book for certain people because of its claim to be the word of the living God. But in spite of all attempts at times by emperors, dictators and totalitarian governments to destroy it by burning, confiscation and the imprisonment and persecution of those who read it and preach it, all such attempts have miserably failed—this remarkable book is still with us and is as widely dispersed as ever.  [2]Williams, P. (2007). Opening up 2 Timothy (pp. 82–83). Leominster: Day One Publications.

Now, especially if you’re Christian, ask yourself a question.  What do you think of treating God’s word like a commercial in a TV show?  Fast-forwarding through it, as if it’s no big deal?  Bypassing chunks of the Bible as if you’re skipping commercials?

And as we already saw, it doesn’t matter if it’s a short passage – an entire book – or even the whole Old Testament.  It’s all from God.  It’s all important.

Do you really want to skip through it?  Or do you want to read it as if your life depended on it?

previousBinge-watching shows is the norm – a decade of changes
nextThis is a national prayer breakfast?