The headline reads New Universe map unearths 300,000 more galaxies.  Of course, there’s nothing of God.  But at what point will even the most die-hard scientists who still argue there is no God – when will they finally admit that God must exist? 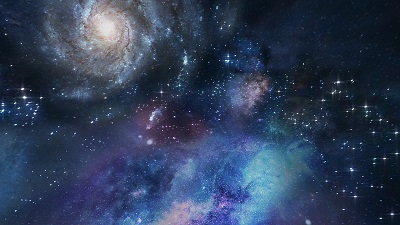 The international team behind the unprecedented space survey said their discovery literally shed new light on some of the Universe’s deepest secrets, including the physics of black holes and how clusters of galaxies evolve.

“This is a new window on the universe,” Cyril Tasse, an astronomer at the Paris Observatory who was involved in the project, told AFP.

Of course, they then go on to tell you everything they now know about the universe.  It moves right from finding 300,000 more galaxies than they previously knew about – to “knowing” things.

I mean really – 300,000 more galaxies, from just a segment of the night sky. No amazement at just how big the universe is – and what it must have taken not only to create it, but to keep it all in working order.

Honestly, I’m amazed at that.  Sort of.

Ro 1:18 The wrath of God is being revealed from heaven against all the godlessness and wickedness of men who suppress the truth by their wickedness, 19 since what may be known about God is plain to them, because God has made it plain to them. 20 For since the creation of the world God’s invisible qualities—his eternal power and divine nature—have been clearly seen, being understood from what has been made, so that men are without excuse.

I feel like people who “know” more should be able to actually see more evidence of God than people who don’t “know” as much as these high-intelligence scientists.  Lots of people probably don’t even think about how many galaxies there are.  They have enough trouble just keeping themselves alive and taking care of families just on this one little planet.

Way back in time, like in the time of the Exodus, people knew that knowledge was from God.

Ex 31:1 Then the LORD said to Moses, 2 “See, I have chosen Bezalel son of Uri, the son of Hur, of the tribe of Judah, 3 and I have filled him with the Spirit of God, with skill, ability and knowledge in all kinds of crafts— 4 to make artistic designs for work in gold, silver and bronze, 5 to cut and set stones, to work in wood, and to engage in all kinds of craftsmanship. 6 Moreover, I have appointed Oholiab son of Ahisamach, of the tribe of Dan, to help him. Also I have given skill to all the craftsmen to make everything I have commanded you: 7 the Tent of Meeting, the ark of the Testimony with the atonement cover on it, and all the other furnishings of the tent— 8 the table and its articles, the pure gold lampstand and all its accessories, the altar of incense, 9 the altar of burnt offering and all its utensils, the basin with its stand— 10 and also the woven garments , both the sacred garments for Aaron the priest and the garments for his sons when they serve as priests, 11 and the anointing oil and fragrant incense for the Holy Place. They are to make them just as I commanded you.”

The problem is that we don’t know that anymore.  The passage in Romans actually goes on to explain why not.

Ro 1:21 For although they knew God, they neither glorified him as God nor gave thanks to him, but their thinking became futile and their foolish hearts were darkened. 22 Although they claimed to be wise, they became fools 23 and exchanged the glory of the immortal God for images made to look like mortal man and birds and animals and reptiles.

And that’s why the end conclusion from the article is this:

“The oldest objects in the Universe are around 11-12 billion light years old,” said Tasse. “So we are going to see lots more of these objects.”

But the really sad – and scary – part is this.  About five thousand years ago, Moses recorded that knowledge came from God.  About two thousand years ago, Paul wrote that people forgot about God.  And because of that, their thinking became futile and their foolish hearts were darkened.

And we see today, the conclusions are so short-sighted and small-minded.  And the thoughts of God are gone.

If I was one of the scientists, or even someone who was into it enough to keep up with what they’re doing – I’d be concerned about the things we just read.  The God who created all of that, said thousands of years ago what He did – and that we’d not know it, or know Him.  Even with an additional 300,000 galaxies.

To those who are in the category of “knowing” the things from finding like this one – but not knowing God – these passages are for you.  And about you.

Maybe you should check them out.  You’ll find that science and knowledge are so intertwined with God.  And then you’ll realize absolutely incredible things.  Things that were meant to be obvious – but aren’t right now.  Ultimately, when you realize the awesomeness of God – hopefully you’ll even want to do what it takes to learn from The Master.  The Creator.

For more articles on God and science, please see science and God.