salvation, a term that has lost much of its original meaning in current English usage. In part, this may be due to overuse in former times, compounded by popular but imprecise application among various religious groups. Because of this, it is important to exercise care in exploring its range of meaning for the biblical writers. It is an extremely important term in the Bible; thus, further neglect can only lead to considerable theological loss.  [1]Achtemeier, P. J., Harper & Row and Society of Biblical Literature. (1985). In Harper’s Bible dictionary (1st ed., p. 894). San Francisco: Harper & Row. 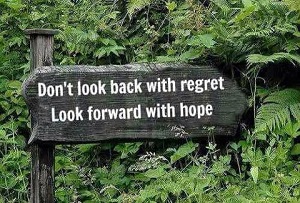 Interesting.  Scary. Confusing.  Just a few of the words that come to mind after reading that paragraph.  That’s one of the reasons “god” is in quotes.  We’ve lost so much of who / what God is about that we don’t even know what salvation  being saved is about any more.

Let’s look at a few sources before moving on to what’s available in this site on the topic.

From the Concise Oxford Dictionary:

■ noun
1 Theology deliverance from sin and its consequences, believed by Christians to be brought about by faith in Christ.
2 preservation or deliverance from harm, ruin, or loss.
▶ (one’s salvation) a source or means of being saved in this way.
—ORIGIN Middle English: from Old French salvacion, from ecclesiastical Latin salvation- (from salvare ‘to save’), translating Greek sōtēria.  [2]Soanes, C., & Stevenson, A. (Eds.). (2004). Concise Oxford English dictionary (11th ed.). Oxford: Oxford University Press.

Mesopotamia, Canaan, and Anatolia
In Mesopotamian, Canaanite, and Hittite religions, most people had a negative view of the afterlife. Humans were created to serve the gods, and the gods did not want humans to live forever. In the Epic of Gilgamesh, Gilgamesh is told, “The life that you seek you never will find: when the gods created mankind, death they dispensed to mankind, life they kept for themselves” (George, Epic, xliii). There was no conception of judgment after death; rather, everyone went to an unpleasant underworld (Davies, Death, 47–59; Yamauchi, “Life”). Rituals for the dead were designed not to improve the postmortem experience, but to ensure that the dead did not bother the living. Common people did not have any hope of improving their lot in the afterlife, although they might have assumed special treatment for deceased rulers (Davies, Death, 58). As a result, desires for salvation focused on present circumstances. One Ugaritic prayer asks for physical rescue: “O Baal. If you will drive the strong one from our gates, the warrior from our walls, a bull, O Baal, we shall dedicate” (Curtis, “Canaanite Gods,” 138, citing KTU 1.119). Such requests for salvation usually were tempered by pessimism about whether the deities cared enough to intervene. One poem laments, “My god has not come to the rescue.… My grave was waiting” (Davies, Death, 50).  [3]Morrison, M. D. (2016). Salvation. In J. D. Barry, D. Bomar, D. R. Brown, R. Klippenstein, D. Mangum, C. Sinclair Wolcott, … W. Widder (Eds.), The Lexham Bible Dictionary. Bellingham, WA: Lexham … Continue reading

A broad term referring to God’s activity on behalf of creation and especially humans in bringing all things to God’s intended goal. More specifically, salvation entails God’s deliverance of humans from the power and effects of sin and the Fall through the work of Jesus Christ so that creation in general and humans in particular can enjoy the fullness of life intended for what God has made.  [4]Grenz, S., Guretzki, D., & Nordling, C. F. (1999). In Pocket dictionary of theological terms (p. 105). Downers Grove, IL: InterVarsity Press.

With all that in mind, here are the articles on “god” and Salvation at this time.

The Great Commission and The End Times

The Great Commission and The End Times – Is the completion of one the beginning of the other? When the Great Commission has been fulfilled, will The End Times begin?  Are we actually working to bring about the events in Revelation when we spread the Gospel?  In a sense, even without tying the two together, every second that passes by is bringing us one second closer to The End Times.  It’s just a fact of time.  The question is one of whether there’s a Biblical link between the two.

Let’s look at some passages and find out.
But first, before everyone gets too freaked out over the end, let’s look at the image I chose for this article.