Does God want to punish us?  The answer is really simple.  No – God does not want to punish us.  It’s been a long time since I felt that way, but I do still remember feeling like He does indeed wait for a reason to do it.  Actually, that’s really messed up – because the one waiting to try to get God to punish us is Satan.  You know – the devil. 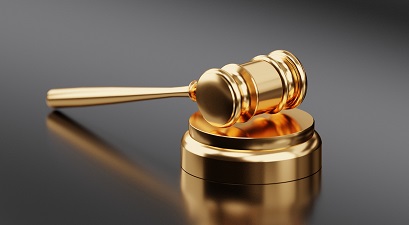 I was reminded of those thought while reading something for a Bible Study group:

The epic story of the Bible is one of redemption and shalom.  The very reason God sent His Son to earth was to reconcile us back into a loving relationship with Him and restore peace – shalom – in that relationship and all others.  He offers us shalom within ourselves, with those around us and with creation.

Sure.  Sounds great, doesn’t it?  Maybe?  If you understand what it’s trying to say?

Does God want to punish us?

But let’s make it really simple.  After showing you something even harder to understand.

Ro 3:21 But now a righteousness from God, apart from law, has been made known, to which the Law and the Prophets testify. 22 This righteousness from God comes through faith in Jesus Christ to all who believe. There is no difference, 23 for all have sinned and fall short of the glory of God, 24 and are justified freely by his grace through the redemption that came by Christ Jesus. 25 God presented him as a sacrifice of atonement, through faith in his blood. He did this to demonstrate his justice, because in his forbearance he had left the sins committed beforehand unpunished— 26 he did it to demonstrate his justice at the present time, so as to be just and the one who justifies those who have faith in Jesus.

That’s Paul’s graduate level lesson in how to prove God doesn’t want to punish us.

Jn 3:16 “For God so loved the world that he gave his one and only Son, that whoever believes in him shall not perish but have eternal life. 17 For God did not send his Son into the world to condemn the world, but to save the world through him.

OK – believing in Jesus means God won’t punish us.  We get eternal life with Him, as opposed to an eternity in Hell.

But look at the last part.

For God did not send his Son into the world to condemn the world, but to save the world through him.

In other words – God sent Jesus here to save us.  That includes saving us from punishment for all the bad stuff we did or even thought about doing.

If God really did want to punish us – He could have just not sent Jesus to die for us.

That would have been so easy if His goal was to punish us.

But that’s not what He did.

God sent His own Son to take the punishment that we so richly deserve – in our place.

God punishes those who choose to pay the price themselves.  Not because He wants to do it.  But because justice requires that someone pay the price.  And if we don’t let God pay it for us – then we pick up the tab.