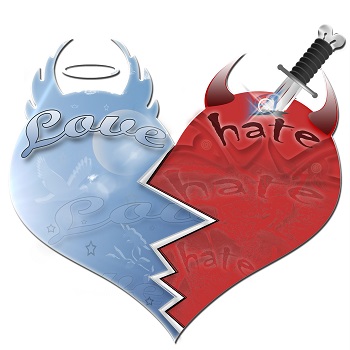 Should we respond to hate with more hate?  I dare say, most people know the answer to this question.  It’s generic.  It doesn’t specify what kind of hate.  So chances are, most people would say “no, we should not respond to hate with more hate”.  The problem is, in the back of our minds, there’s an “unless it’s ______”.  If we’re talking about the specific kind of hate that pushes our buttons – the answer is quite different.  Even if we don’t like to acknowledge it. 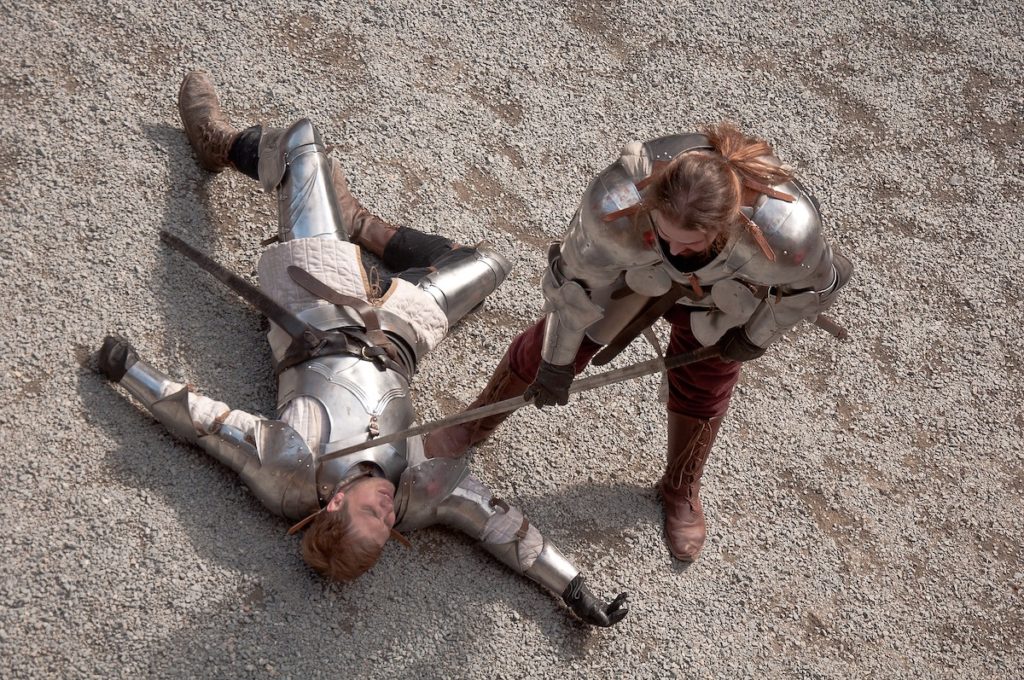 Do politically active Christians understand the armor of God? Judging by the words from Ron DeSantis and people’s reactions to those words, I’m sad to say that, in far too many cases, the answer is no. In fact, I’ll go further and say that politically active Christians who support DeSantis and the words coming from him don’t understand Christianity. They don’t understand some core statements from the Bible on Jesus or what He commanded His followers. 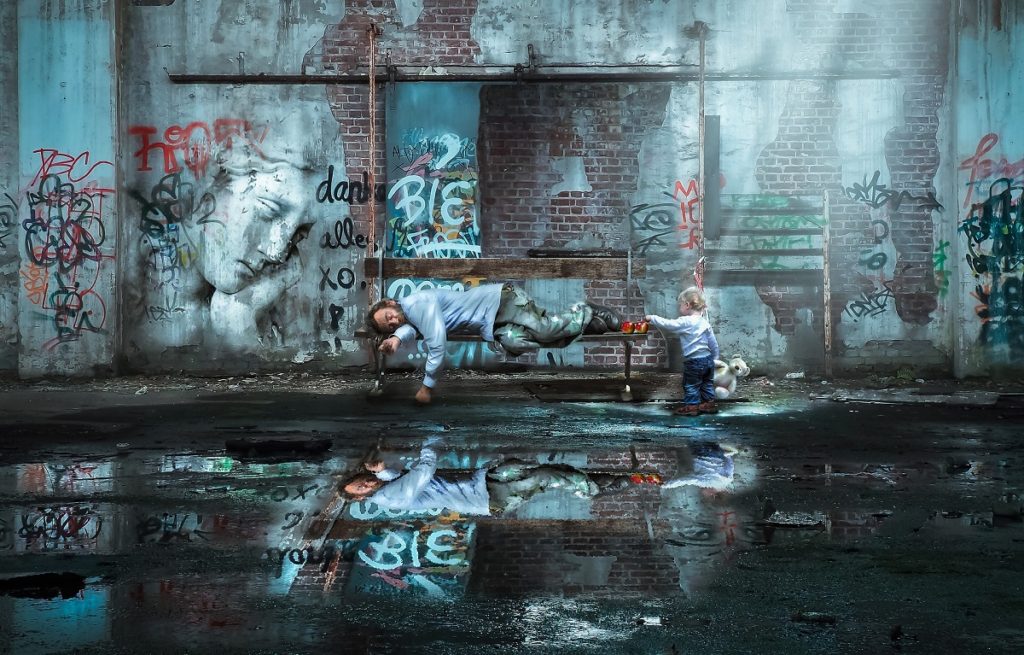 Are we the good Samaritan? Or the robber? We are all one or the other. There’s no saying that we’ve never been in the scenario Jesus painted. Because we’re in. Right now. Every. Single. one. of. us. Everyone!

Are we the good Samaritan? Or the robber?
Look at the image. Are we the child? Or are we the person responsible for the man being on the bench?

In other words, are we the Good Samaritan? Or the Robber?

And did you notice the image of the person on the wall? 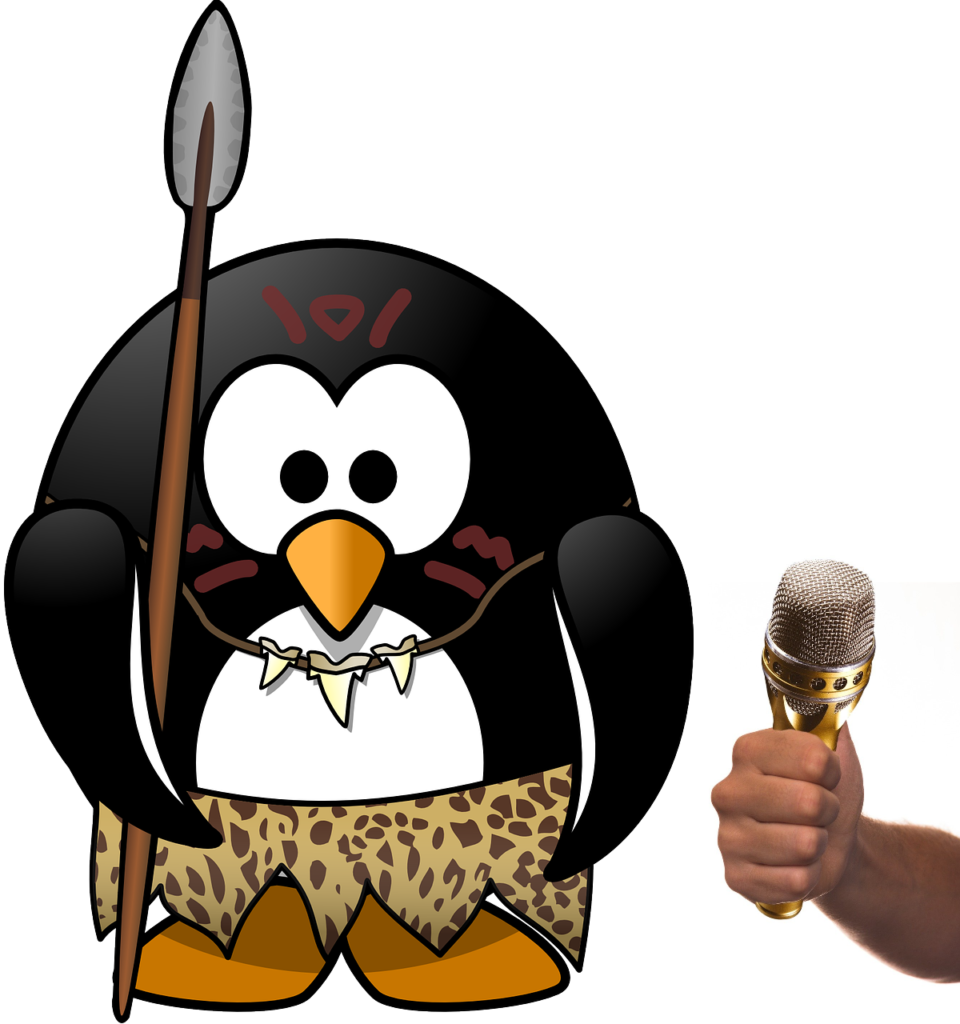 Speak up for those who cannot speak for themselves. That’s from Proverbs. However, it still applies to Christians today. We may not want to acknowledge it, but, Jesus did say, Mt 5:18 I tell you the truth, until heaven and earth disappear, not the smallest letter, not the least stroke of a pen, will by any means disappear from the Law until everything is accomplished. Therefore, we need to speak up when a black person holding a cell phone is viewed as a danger by law enforcement, but a white person holding a spear isn’t! 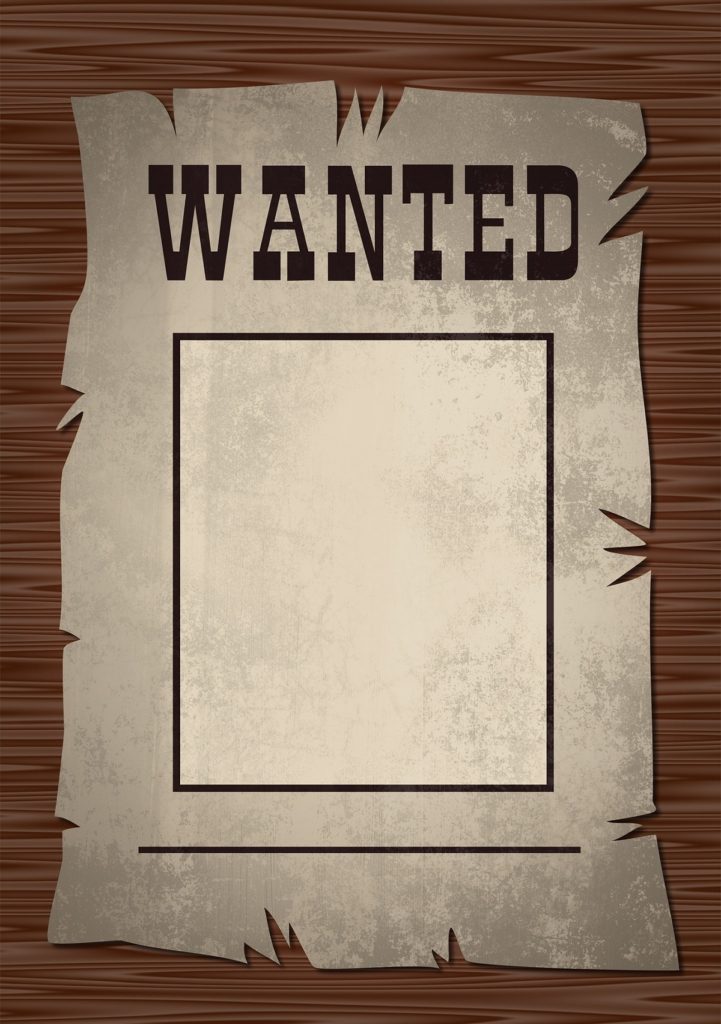 I live in Southern California. Part of the original wild west. Add to that the fact that we have Donald Trump, the “law and order” President. And yet, I feel like we’re closer to the wild, wild west of years gone by than we are to anything resembling law and order! 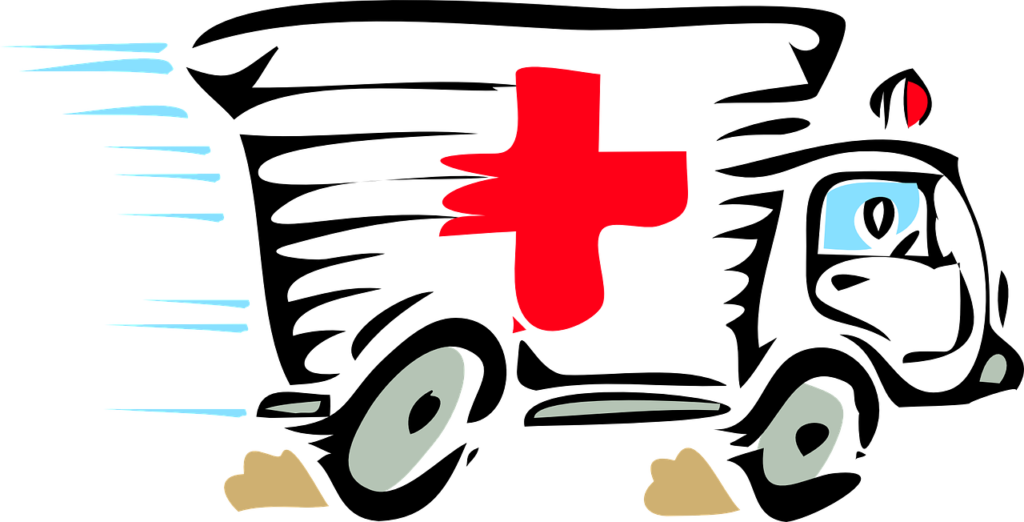 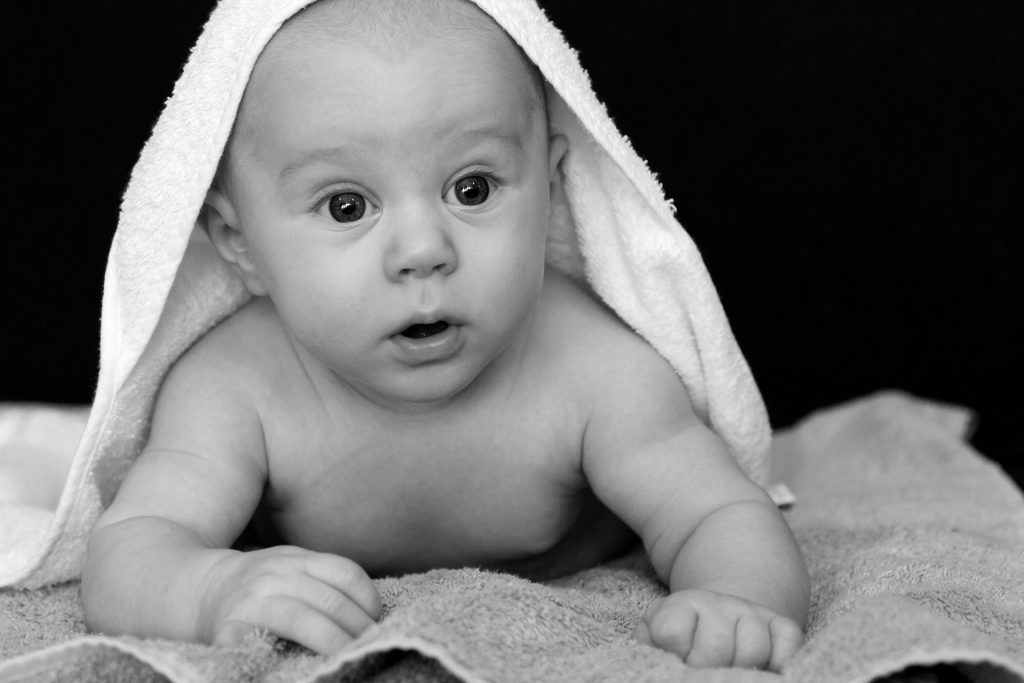 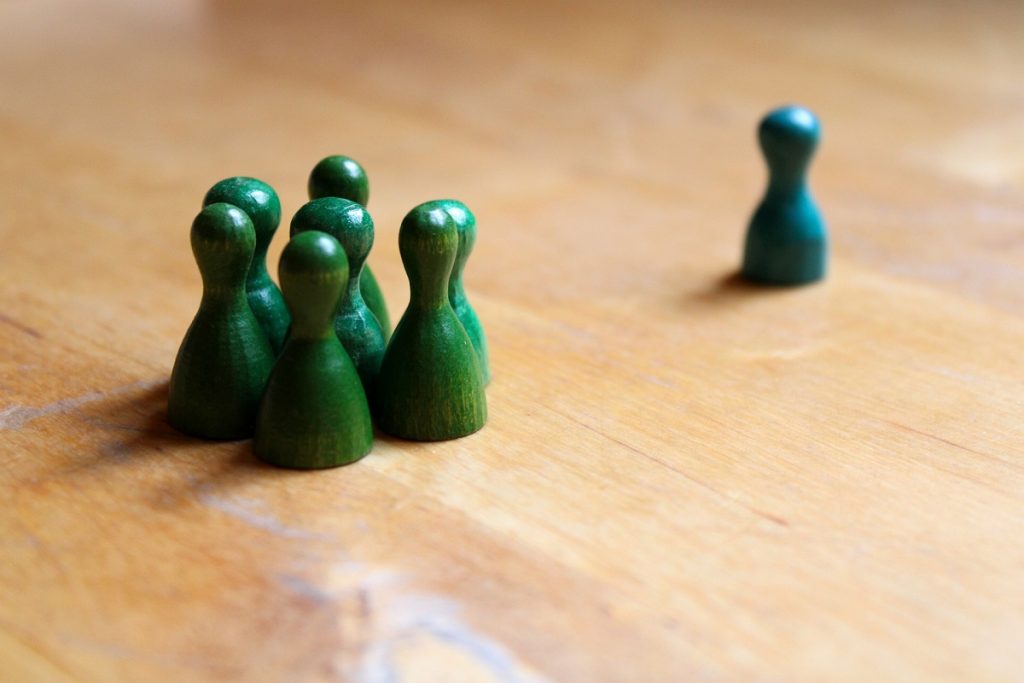 Does the Bible support racism and religious discrimination?  Judging by the support of Trump from so many Christians, especially Evangelicals, you might think the answer is yes.  However, a close examination shows that the Bible does not Support Racism and Religious Discrimination. 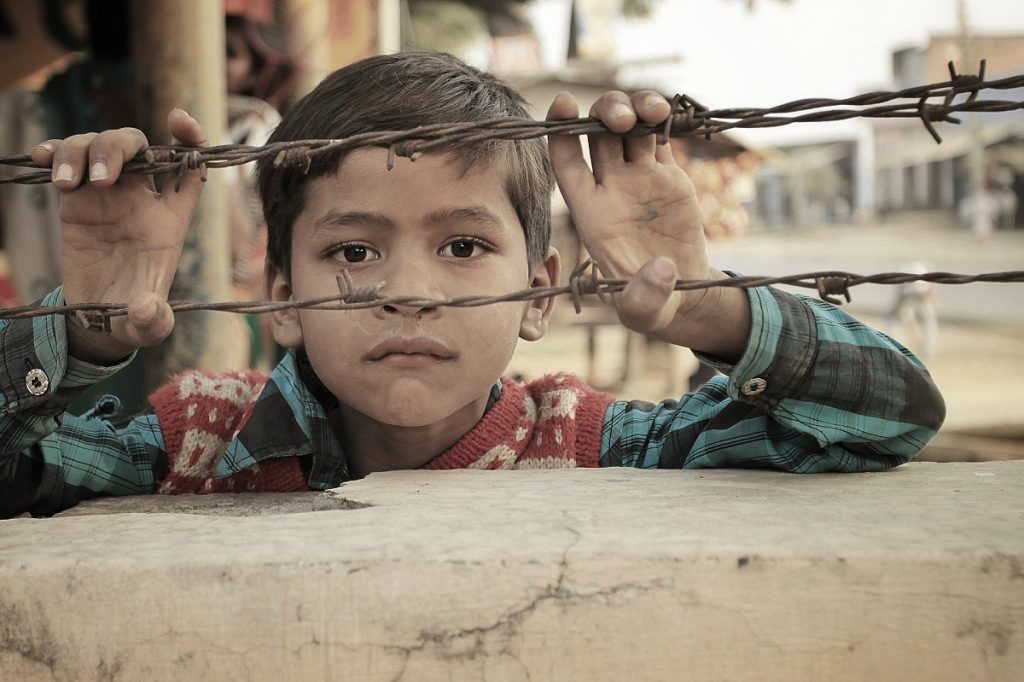 Seriously.  SWAT teams from Border Patrol operating inside the U.S. – far from any border. 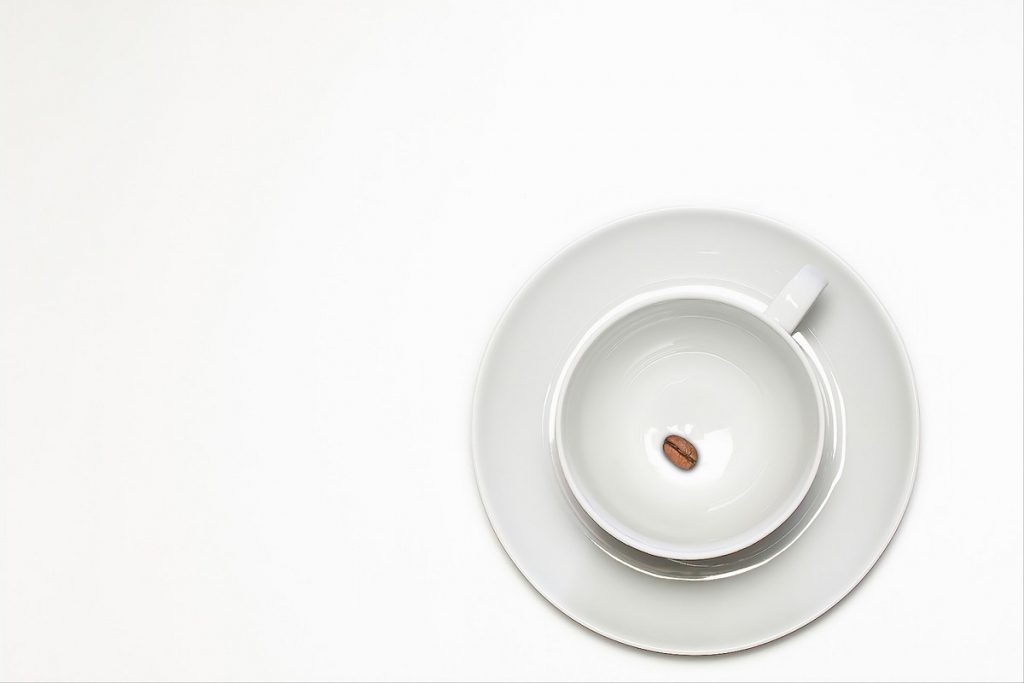 This is a national prayer breakfast?

Remember the picture at the top of the page?  The coffee cup with one whole coffee bean?  And no water?  It feels like there’s more coffee in that cup than there is Christianity coming from the mouths of all these political people.  No matter how often they say the word “God”.

So don’t just get mad at them  Or turned off by them.  Rather, turn to what Jesus actually taught.  You’ll probably find that you will actually like it.  The way it was supposed to be.